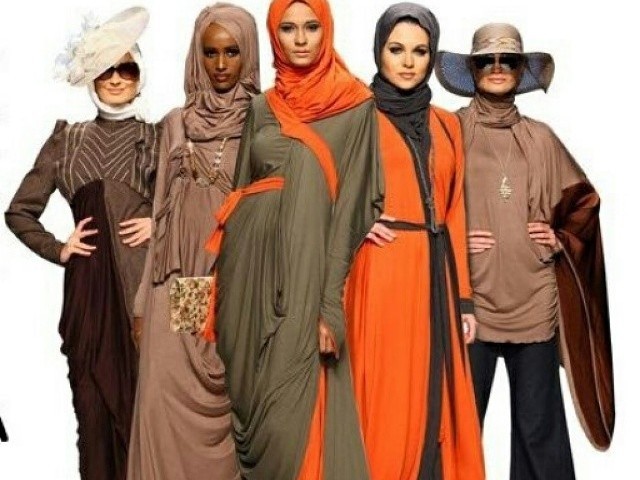 LAHORE: The rise in Pakistan’s fashion retail industry in recent years has been gigantic, creating space for local as well as global brands which feed the lifestyle needs of the affluent and the rising middle class.

This is especially the case in women’s apparel category, where brands are offering printed lawns and prêt wears throughout the year. However, with Pakistan being a Muslim country, another avenue for fashion-savvy ladies has started knocking the doors of the country’s retail industry.

The ‘modest fashion’, which comprises long shirts, colourful hijabs and other such ready-to-wear apparels, at brand stores is something new for Pakistani women.

Perceiving this demand, Rabia Z, a global pioneer in modest fashion category, has decided to choose Pakistan’s lucrative market as its next destination after dominating markets in the Middle East, Europe and the United States.

In an interview with The Express Tribune, Rabia Z’s Founder and Chief Executive Officer Rabia Zargarpur said that in the next five years, the modest fashion industry will lead the Pakistani women’s wear market, leading it to become a household name.

“Pakistan is among the top 10 consumer markets in my list where people like to spend on apparels,” she said. “The country has a huge potential in fashion apparel segments, which is evident from the fact that a lot of fashion brands are already flourishing.”

The Emirati entrepreneur’s core business model revolves around e-commerce. Since the brand’s inception in 2001, she has focused on the internet to promote and expand Rabia Z’s presence throughout the globe.

In Pakistan, the formal launch will be held this summer and it will also be based on e-commerce model. However, in future, Zargarpur plans to establish a proper retail set-up and will engineer the modest fashion apparel brand by using the country’s rich culture.

“I am very interested in starting production in Pakistan and then sourcing all the natural fabrics from here,” she said, adding that once the foundation is set, she will expand and look for outlets for wholesaling and stocking at good retail stores.

She also said she might delve into the franchise model in collaboration with some of the leading textile groups of the country.

The brand already has a presence in Pakistan with the company selling its products via e-commerce, catering to the ever-rising demand.

“Opportunity is getting bigger and bigger every time I visit Pakistan,” said Zargarpur. “In 2008, I received my first franchise request from Pakistan and since then I have always gained positive feedback from the country.”

The brand’s founder added that, in general, Muslim countries are already spending billions of dollars on apparels and global Islamic fashion clothing is among top three segments after halal food and Islamic finance.

“By 2020, it is expected that the global Muslim spending on Islamic fashion apparel could reach up to $368 billion and Pakistan, as one of the top 10 consumer markets, could definitely play its role,” she said.

However, she believes that in order to capitalise on the opportunity, big business groups should come together to support struggling designers and brands. “Women designers in Pakistan, who are designing apparels as a hobby, should consider converting it into a business with some value addition,” she said, adding that there is so much talent and rich culture in the country that the designers can increase their customer base.

“If Pakistan grooms home-grown talent, it would really change the game, and small and medium enterprises have the required potential to streamline operations and offer products to local as well as global markets.”