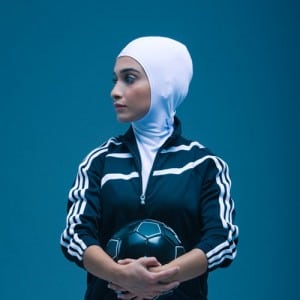 DOHA, Qatar (AP) — When Qatari sprinter Noor al-Malki makes her debut at the London Olympics, she will not be among those contending for a medal. Breaking her own national record in the 100 meters will be enough of a prize.

But even this modest goal presents a challenge.

The 17-year-old, whose oil-and-gas rich country is sending women to the Olympics for the first time, knows she will need all her energy and strength to run a fast race. To do that, however, might require her to break the fast during Ramadan.

Muslims are required to abstain from food and drink from dawn to dusk during the 30-day holy month, which begins on July 20 and overlaps with the Olympics. But al-Malki and the 3,500 other Muslim athletes expected to compete in London may look to ancient Islamic tenets that allow exemptions — for travelers, the sick and others — out of concern that not eating or drinking, even water, throughout the day could put them at a competitive disadvantage.

“It will be difficult but it is Ramadan. You have to respect Ramadan,” al-Malki said. “But I want to make a new national record. If there is a problem with that, I will not make Ramadan.”

While the issue is getting greater attention this Olympic year, balancing faith and sports is nothing new for athletes. Orthodox Jews observe the Sabbath between sunset Friday and sunset Saturday and some won’t compete during those hours, while some Christians won’t compete on a Sunday.

British triple jumper Jonathan Edwards long refused to compete on a Sunday and missed the 1991 world championships because of it. Two years later, he relaxed his rule and won the bronze medal. Scotsman Eric Liddell, whose story is depicted in the Academy Award-winning film “Chariots of Fire,” famously pulled out of the 100 heat at the 1924 Olympics because it took place on a Sunday.

Ramadan fell during last year’s track and field world championships in South Korea, as well as during the 2010 Youth Olympics in Singapore.

With no central authority in Islam, Muslim athletes are likely to turn to Islamic scholars in their respective countries for guidance on fast breaking or wait for a fatwa, or religious edict, to be issued. One interpretation of the Quran allows Muslims to break the fast if they are traveling, which athletes are if they’re attending the Olympics.

“Athletes will find Islamic preachers and scholars who will provide them with legitimate ways and means to participate in the Olympics and make up for breaking the fast by doing charity work, such as feeding poor families, or fasting later,” said Fawaz A. Gerges, director of the Middle East Centre at the London School of Economics.

“On balance, Islamic scholars are flexible and dynamic when it comes to questions of sports and work and Islam is not set in stone,” he said. “My instinct tells me that Islamic scholars will err on the side of flexibility and sanctioning participation in the Olympics.”

But the issue remains open for debate, especially in places like Egypt and conservative Gulf nations like the United Arab Emirates.

“The words in Islam are clear. The Olympics are not a necessary reason to break one’s fast,” Zefzaf said, adding that athletes would not be considered traveling once they reach London for the Olympics.

Another Al-Azhar scholar, Abdel-Moeti Bayoumi, said Muslim athletes should fast, but they could opt out if fasting imposes “extreme difficulties” when they compete.

“The days that require strenuous physical activity, the athlete should fast if possible,” Bayoumi said. “But if fasting causes extreme exhaustion or weakness, then they can opt not to fast. The decision is between the athlete and God in the end.”

UAE’s soccer team has been given approval to break its fast by the country’s Department of Islamic Affairs. While competing isn’t an excuse for breaking the fast, the department said, traveling was as long as the athletes don’t remain in one place for longer than four days.

The science of fasting and athletic performance also is open to debate. Going without food and water would seem to be detrimental to athletes. But several studies comparing fasting and non-fasting athletes have so far produced conflicting results, with some finding clear evidence that fasting left athletes more tired and had an adverse effect on their results while others found only a modest or no impact at all.

Ron Maughan, a Loughborough University professor who has done several of the studies and chairs the International Olympic Committee nutrition working group, said the impact depends on the event and when the competition is, as well as the weather conditions. Athletes affected most are those in endurance events, such as the marathon or soccer, and those who compete late in the day or over several days.

“Let’s imagine the first round of 100 meters and imagine you are running 100 meters at 10 in the morning. You haven’t eaten since half past six,” Maughan said. “Is your performance going to affected? Probably not.”

London organizers cannot say how many athletes will be fasting partly because they have yet to hear from any Muslim countries on the issue. But they are prepared nonetheless, with more than 150 Muslim clerics on hand to assist athletes, as well as fast-breaking packs including dates and other traditional foods. Halal meals will be available, and the multi-faith Centre in the Olympic Athletes village in Stratford will include special prayer facilities.

Of the dozen Muslim athletes interviewed for this story, none said they would be fasting the entire time. Most either said they are still deciding or will postpone it due to their desire for a breakout performance.

“How do you want a machine to work without a fuel?” Iraqi javelin thrower Ammar Mekki said.

“It is impossible to fast and go to the finals,” he said. “We need to be performing at the highest level, train hard and be in the right psychological state, which is impossible if we are fasting.”

Nabil Madi, an 800-meter runner from Algeria, said he will not fast after clocking slower times and feeling weak when he raced last year during Ramadan.

“It’s hard to fast and run during Ramadan,” Madi said. “I was running with a headache and I had no energy.”

Putting off fasting, though, isn’t an easy decision.

Qatar’s 800-meter runner Musaeb Abdulrahman Balla has wrestled with the decision since he first realized he was going to the London Games. His parents warned him not to “kill himself” fasting, while training partners and two-time world indoor champion Abubaker Kaki of Sudan explained how fasting can cut into performance.

But with just two months until the Olympics, the 23-year-old Balla is still hoping to fast some of the time.

“It’s difficult for us a little bit but we will try,” he said. “We will see how the program is going for the Olympics. When I have a heat, I cannot fast for sure. But when it’s an off day, I can fast for that day.”

Associated Press writer Mazzin Yahya contributed to this report from Baghad and Aya Batrawy from Cairo.