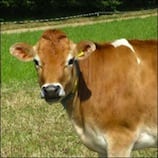 Understand halal, or miss out on an enormously business opportunity. According to a recent estimate, 23% of the global population, or 1.57 billion people, are Muslims, with a massive and growing population among our near neighbours in South East Asia. And in the latest New Zealand study, more than 36,000 people identified themselves as Muslim. Halal in the Muslim faith is defined by the Quran as ‘allowed’, ‘permitted’ or ‘lawful’. To be halal, certain activities must be done in accordance with a specific set of rules and guiding principles. This includes the prohibition on eating certain animals, including pork, intoxicants such as alcohol and blood or blood products. It also outlines methods of slaughtering animals that are to be eaten.

Already some of our nation’s most forward-thinking companies are successfully tapping into this market. Unsurprisingly, dairy is leading the way. Colostrum: the first milk produced by cows that have just calved, is the latest ‘super food’ to take the health conscious world by storm. And expert suppliers like Auckland-based NZX-listed New Image are ensuring that includes the Muslim world by making sure the animal handling and production of the colostrum and the gelatine capsules it comes in meet Halal standards. The company is currently exporting approximately NZ $30-40 million worth of colostrum per year to Halal-based markets and its products have been halal certified for more than five years.

Simon Yarrow, general manager, global sales and marketing, said the process of getting certification was not difficult, requiring only a few ingredients to be changed, and entry into halal markets in Malaysia and Indonesia was also simple once the paperwork was in place.

Meanwhile, BurgerFuel is also leveraging healthy eating and halal to make inroads into the Muslim market. The Auckland based firm is using its a range of halal menu options to fuel its growth in the Middle East. The firm has so far opened up stores in Iraq, the United Arab Emirates and Saudi Arabia and is primed for further expansion with further Master Licence agreements in place for Egypt, Qatar, Bahrain and Libya.

Alexis Lam, Marketing Manager, said: “Our beef in New Zealand has been Halal for quite some time now, so there wasn’t a need for us to reshape our whole supply line in order to make the new territories viable.”

The target market for BurgerFuel is the Middle East’s emerging younger, more affluent population, particularly in forward-thinking city locations like Dubai. To achieve and maintain its certification, the company works with its whole supply chain to ensure that all BurgerFuel suppliers go through the relevant procedures and signoff processes for their industry.

Lam said: “There seems to be a healthy respect for the Halal certification we have in New Zealand. It has opened up a whole new market for us as well as another revenue stream as we become an exporter of 100% pure New Zealand grass fed beef as well as the Master Franchisor. I think the Kiwi firms that have global outlook in terms of their business and brand have a great opportunity in the Halal market,” he said. “It’s about a willingness to get out there and talk to the people.”

At the same time the New Zealand Asia Institute, which is part of the University of Auckland Business School is urging NZ Inc. to look beyond food for halal opportunities and develop a keener sensitivity to the Muslim religious lifestyle as a whole, both here and abroad. This would provide big boosts to sectors like financial services, travel and tourism.

Business School Dean Professor Greg Whittred said: “It is important that halal is recognised as more than just a commodities-based economy but validated as a much larger and broader entity that includes lifestyle, culture and politics.”

And Fiona Acheson, Trade Commissioner, Malaysia, Indonesia and Brunei, added: “Halal consumers are a growing market. About 27% of Asia is Muslim, but the Muslim population is forecast to grow at about twice the rate of the non-Muslim population in the next two decades and 60% are under 30 years of age. It’s this younger group that are starting to seek halal products and want to buy food products, not just meat, and even cosmetics and pharmaceutical products that are halal. The first step is to recognise halal as a consumer trend and respond to it as you would with other trends such as sustainability and organics. Understand what the market potential is for your product if it carried the halal brand.”

The Halal dollar
The global halal market said to be worth US$2.3 trillion. Food products comprise 61 percent, pharmaceutical products 26 percent and cosmetics 11 percent.

Getting halal certified
At present there is no international consensus on halal standards and certification, but work is underway to create an international standard. In New Zealand Ministry of Agriculture and Forestry (MAF) has oversight of companies exporting halal meat products and also certifies approved halal organisations in New Zealand that offer assessment, approval and certification services, with the approval of the importing country. These include the Federation of Islamic Association of New Zealand (www.fianz.co.nz) and New Zealand Islamic Meat Management (worldhalalcouncil.com).

BurgerFuel Worldwide
BurgerFuel Worldwide (BFW) is a New Zealand gourmet burger concept that has been publicly listed on the NZ Stock Exchange as a NZAX company since 2007 and is part of the NZ Trade & Enterprise Beachheads programme designed for high-growth NZ companies.