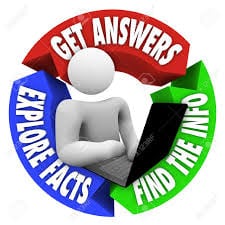 Dec 16 (Reuters) – From travel guides to shopping portals, new Internet ventures aim to capitalise on the growing “Muslim lifestyle” market, which is expanding beyond food to include areas such as tourism, fashion and credit cards.

Excluding food, where “halal” dietary restrictions must be followed, most of the world’s 1.6 billion Muslims are content to buy the bulk of their goods and services from conventional suppliers.

A growing minority, however, want to certify more areas of their consumption as religiously permissible – a trend that appears partly due to rising incomes in majority-Muslim areas of the Gulf and southeast Asia, as well as to expanding choices for consumers.

In some ways, the trend resembles the surge of consumption of luxury goods in emerging markets, as newly affluent consumers seek to express their identities partly through what they buy.

For example, Muslim consumers may may want to stay in Islam-friendly hotels that ban alcohol, wear fashions that have been specifically designed to meet Muslim ideas of modesty, and use medicines that have been screened to exclude alcohol or gelatine made with banned animal products.

The Muslim lifestyle market is spread across the world, so some firms are trying to cast a wider net by going online. One is Singapore-based CrescentRating, a firm which focuses on the halal travel market.

“This is a very fragmented industry of largely offline transactions, with no real major players. It is in a prime position for disruption from an entrepreneurial point of view,” said chief executive Fazal Bahardeen.

Travel is one area of opportunity; Muslim consumers spent an estimated $140 billion on travel and tourism in 2013, according to New York-based DinarStandard, a research firm specialising in Muslim markets.

Nobody knows how much of that spending was self-consciously “Islamic”; the vast majority was probably not. But even if 1 percent of spending went towards halal products and services, that was a sizeable amount.

CrescentRating has developed a travel index with Mastercard that ranks “Muslim-friendly” holiday destinations and is releasing a mobile application for its travel portal, HalalTrip.com. Its criteria include access to halal food and places of worship, and the option of having no alcohol in hotel rooms’ minibars.

The Maybank card does not use interest rates, which are forbidden in Islam. It is based on the Islamic concept of ujra, or fee on service, in which bills are subject to additional management charges if the amounts have not been settled in full by the due date.

Malaysia-based Zilzar, launched in October, is an online market for halal products including food and beverages, clothing and fashion, electronics, medicines and media such as games and movies.

“There is a convergence of factors in Muslim-majority countries: rising per capita income, Internet penetration, mobile and mobile commerce,” said chief executive Rushdi Siddiqui, a former head of Islamic finance at Thomson Reuters.

“These were the same attributes in China that made Alibaba take off,” said Siddiqui, referring to the huge Chinese e-commerce company. His firm plans initially to seek business from 16 countries including Turkey and the United Arab Emirates.

Obstacles to such projects include a lack of consensus on what is halal, and the costs of hiring scholars to certify things as halal. But the emergence of regional trading hubs in halal goods and mutual recognition of standards are reducing ambiguity, Siddiqui said.

In October, Dubai and Malaysia agreed to develop a global network of halal-certified companies, in order to simplify trade in halal products. Pakistan is finalising its own federal halal authority, in an effort to bolster exports to Muslim countries.

A lack of sharia-compliant funding sources is another hurdle for halal firms wanting to enter the global market.

A study by the International Finance Corporation found over a third of small and medium-sized enterprises across nine majority-Muslim countries were excluded from the banking sector by a lack of Islamic financing options.

This too could be addressed by new ventures such as Dubai-based Beehive, a crowdfunding portal launched in November which is developing a sharia-compliant funding structure to be released next year, said chief executive Craig Moore.

Beehive’s initial focus will be the United Arab Emirates, with plans to expand to other Gulf markets next year. The firm is backed by Rick Pudner, former group chief executive of Emirates NBD, Dubai’s largest bank.