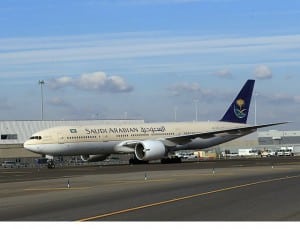 Over the past year, Riyadh has increased focus on its tourism industry in order to diversify the economy in line with the Saudi Vision 2030.

Encouragingly, these efforts have been met with success and the kingdom has made its debut as the latest travel and hospitality market for the Middle East and North Africa. Currently, the tourism sector has accounted for 9.4 percent of Saudi Arabia’s total GDP.

Saudi Arabia’s travel and tourism sector could generate $70.9 billion to the country’s GDP this year, but negative perceptions about the country refuse to fade away.

According to data from the World Travel and Tourism Council, the Saudi travel and tourism sector has even more potential and it could contribute as much as $70.9 billion to the GDP in 2019.

Therefore, on an unprecedented scale, megaprojects like the $500 billion megacity Neom and the Red Sea development project have been launched as elite destinations for international visitors.

Nevertheless, being a newcomer in the tourism and travel industry, Saudi Arabia has had to deal with several challenges.

To begin with, strict visa regulations discouraged sightseeing and remained a major hurdle since decades. Having strict rules, the kingdom would normally get religious visitors, investors or business clients.

Removing travel restrictions and modifying regulations, e-visas for 49 countries have been introduced by the Saudi government recently. For the first time, non-Muslims are being allowed to visit Saudi Arabia as tourists, except for the two holy cities of Mecca and Medina, they can go anywhere.

Meanwhile, Muslim visitors can now use the tourist visa for sightseeing as well as performing the Umrah pilgrimage. Even though pilgrims remained the main visitors up till September this year, the rate of international arrivals should increase by 5.6 percent annually.

Interestingly, since the introduction of e-visas, Saudi Arabia has received as many as 24,000 visitors in the first ten days. Most of them were Chinese visiting Dubai and Abu Dhabi, now utilising the option to stop by in Saudi Arabia as well.

Secondly, one of the unforeseen challenges for the Saudi tourism sector is providing adequate safety for tourism. Since the drone attacks on Saudi Aramco, new vulnerabilities have materialised for the country’s national security.

Before these incidents, the Kingdom of Saudi Arabia was considered safe and relatively crime-free. Unfortunately, the government has no satisfactory deterrent for drone attacks yet.

Requiring urgent attention, this issue has cropped up at a time when the country wants to open its doors to the world. If any more drones make it undetected through Saudi airspace again and wreak more havoc, there can be serious implications for Riyadh.

To avoid any unpleasant disruptions in the future, this security matter would have to be dealt with.

Recently, Nicola di Blasio and Henry Lee from the Belfer Center have also pointed out that, “The kingdom’s infrastructural vulnerability goes beyond its energy industry, about 50 percent of its water supply – which is critical for a desert country – is produced by several large desalination plants.” Hence, it is not just a matter of energy security or avoiding regional conflict anymore.

For sustainable tourism, a conducive and worry-free environment is required for families to spend their vacations in the futuristic smart city Neom or idyllic Saudi beaches.

Nevertheless, the Saudi Tourism Minister Ahmad Aqil al-Khatib believes the recent attacks should not make much difference. Optimistically he says that, “Our cities are among the most safest cities globally. Therefore, we don’t believe at all it will impact our plans. We have all the expats living in Saudi Arabia, enjoying Saudi Arabia. We are very secure.”

Third, as it was a conservative country, efforts were required to recreate a softer image and narrative for the kingdom. The Saudi government is working on presenting beaches and cultural heritage sites for tourists, but it may take quite a while for outsiders to consider the country a travel destination.

Even though rules have been relaxed for hotel guests and a more liberal dress code for foreigners has been allowed recently, the fact remains that Saudis are not used to an open society.

Creating branded destinations and more opportunities for entertainment, the government has been launching various musical, cultural and sports events to create a softer image.

However, the danger of a religious or cultural backlash would remain. As the world is more inter-connected with social media, even small incidents can influence global travellers negatively and fighting perceptions can be difficult.

International criticism of the country’s human rights record continues, even more since the murder of the Saudi journalist Jamal Khashoggi.

Lastly, competing with neighbouring countries that are already glitzy, thriving and established holiday destinations has not been an easy proposition for Riyadh.

Tourism was already an important source of revenue for several Arab states and Dubai is the ultimate success story.

Having had a head start, these states began promoting tourism decades ago and it might take Saudi Arabia as much as one decade to reach the same level.

Realistically, being a larger country, Saudi Arabia cannot change overnight and become another Dubai. It will have to implement change gradually to make it sustainable.

Several large tourism and travel seminars and conferences were held this year and received a good response from various companies and foreign investors.

According to Benjamin Oppl, head of development for Melia Hotels International, “It takes more time to persuade the right people to enter the market than the UAE or Qatar. But when you look at the business equation, Saudi Arabia is the biggest economy in the Arab world, with young demographics, and now there’s a strong leisure opportunity.”

Even for the hospitality sector, catering to pilgrims and catering to tourists requires separate arrangements and different skills. Having been used to dealing with religious tours and business conferences, it will take a while to catch up with the leisure category as well.

However, tourist events and sightseeing tours should provide new employment opportunities for young Saudis. Another plus point is that domestic tourism can rise by 8 percent per year due to the addition of new resorts.

Nearly two million Saudis used to visit the UAE annually due to a lack of entertainment facilities in their own country.