The total volume include the share of Islamic Banking 81%, Takaful 2%, Sukuk 11%, Islamic Microfinance 1% and others 5%

Lahore (01-01-2019): Unfortunately, 2018 is not proved as much beneficial for Global Islamic Banking and Finance Industry as expected because of various reasons which include Middle East political situation, sharply down in oil prices, and international trade wars between two power. By expressing his view, Zubair Mughal- Chief Executive Officer of AlHuda Center of Islamic Banking and Economics, said that 2019 is starting with high hopes for Islamic banking and finance industry and its volume is expected to reach at $2.5 Trillion in the year 2019. The total share of Islamic banking industry within Islamic Finance industry would be 81%, while Takaful, Sukuk, and Islamic microfinance have share of 2%, 11%, and 1% respectively of the total volume. Whereas, Islamic stock markets, Ijarah companies, Islamic REIT’s etc. has 5% share of total Islamic Finance industry. 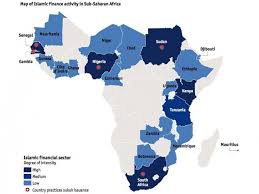 He further said, French speaking countries are taking more interest in Islamic banking and finance phenomenon and in 2019, Ivory Coast, Burkina Faso, Mauritania, Cameroon, Chad, Male, Algeria, Niger etc. are expected to grow in Islamic banking industry, The reason behind this growth in the Francophone countries is also the interest of Islamic Development Bank’s (IsDB) projects in which financing will be made on Islamic banking rules.

In 2019, unfortunately, the Takaful industry is not expected promising due to certain reasons and the same was observed in 2018. But the Sukuk industry is expected to grow and it is projected that new Sukuk would be issued. Islamic microfinance is emerging tremendously for poverty alleviation and most of the countries are including in their policy part. It is expected that the volume of Islamic microfinance industry will shift from 1% to 2% in 2019 due to its importance.

The writer Mr. Muhammad Zubair Mughal- CEO, AlHuda CIBE is an Islamic banking and finance expert and have 14 years of vast experience of Islamic Finance in more-than 50 countries. He can be contacted at:  zubair.mughal@alhudacibe.com