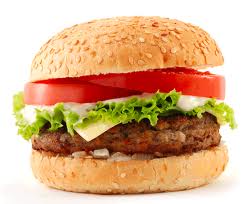 PARIS, Aug 9 (Reuters) – When the world’s first test-tube beef burger was cooked and eaten this week, food critics all asked about its taste. For many Jews, Muslims and Hindus, the first question was whether their faith allowed them to try it.

Religious websites were abuzz with questions and opinions this week after biologist Mark Post of Maastricht University presented his innovation to the media in London on Monday.

“Is the lab-created burger kosher?” the Hasidic Jewish movement Chabad Lubavitch asked on its website.

Dietary laws exist in many religions, but came about so long ago that not even their prophets could have imagined a ready-to-fry beef patty grown in-vitro from the stem cells of a cow.

If religious authorities interpret their ancient texts in a way that allows them to give this new food their blessing, now-banned kosher cheeseburgers and Hindu hamburgers, as well as an undisputed method of producing halal meat, could be possible.

Chabad’s Rabbi Yehuda Shurpin wrote the Talmud tells of “miraculous meat” that fell from heaven or was conjured up by rabbis studying a mystic text.

Since it was automatically kosher because it wasn’t from a real animal, this could be a model for test-tube meat.

But he said if the stem cells are real meat, they have to come from a cow slaughtered according to kosher law, which says the animal’s throat must be slit while it is still conscious.

The kosher ban on mixing meat and dairy products presents another hurdle for observant Jews considering a cheeseburger.

Rabbi Menachem Genack of the Orthodox Union in New York told the Jewish Telegraphic Agency that test-tube beef could be considered “parve” (neither meat nor dairy) under certain conditions and so kosher cheeseburgers could be allowed.

“There does not appear to be any objection to eating this type of cultured meat,” the Islamic Institute of Orange County in California responded to a questioner on its website.

Animal rights activists see the Muslim and Jewish slaughter methods as unnecessary cruelty and calls to ban this kind of butchering have grown in Europe in recent years as halal meat has become increasingly available in shops and restaurants.

Gulf News in Dubai quoted Abdul Qahir Qamar of the International Islamic Fiqh Academy in Jeddah, Saudi Arabia, as saying in-vitro meat “will not be considered meat from live animals, but will be cultured meat.”

As long as the cells used are not from pigs, dogs or other animals banned under the halal laws, he said, the meat would be vegetative and “similar to yogurt and fermented pickles.”

Several Muslim websites left fresh questions about this new meat unanswered, probably because Muslims were more concerned this week with celebrating the end of the fasting month Ramadan.

The prospect of meatless beef has also prompted debate in India, where the Hindu majority shuns steaks and burgers because it considers the cow sacred.

“We will not accept it being traded in a marketplace in any form or being used for a commercial purpose,” Chandra Kaushik, president of the Hindu nationalist group Akhil Bharat Hindu Mahasabha, told the India Real Time blog.

Religious websites have been debating the test-tube meat issue for some time now, especially since news about biologist Post’s project began circulating about four years ago.

Many Hindus and Sikhs are vegetarians, so several of them posted comments saying they probably wouldn’t like the taste of artificial meat even if it was declared permissable.

“Who wants to eat a carcass anyways, lab grown or not?” one reader asked on the Hindu Dharma Forums website.