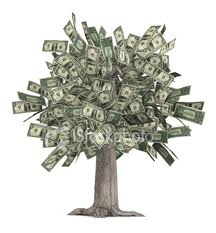 Islamic finance and the forms of finance generally referred to as sustainable and responsible investing (SRI) are yet to actively collaborate with each other. One would think that to strengthen their position in a market dominated by conventional finance, Islamic finance and SRI would be sharing their successes and failures, coming together for joint ventures, and supporting each other on issues where they have similar views. But such collaboration has not occurred. Building bridges between the two remains an opportunity that is waiting to be seized upon by the industry leaders from the two sides.

Islamic finance and SRI share some obvious similarities in their objectives (do good; avoid harm), methods (e.g. exclusionary screening) and claims (such as emphasis on ethics). Both seem to trigger similar expectations among their proponents of being ethically different from conventional finance. They also face similar criticism of not being able to live to up to these expectations as shown by the ‘form versus substance’ debate in Islamic finance and ‘green washing’ debate in SRI. Although SRI is older and larger than Islamic finance, which is estimated between $1 to $2 trillion in terms of global assets, both are relatively small and growing segments.

Why are then Islamic finance and SRI not actively collaborating? Some apparent reasons are different countries of concentration, differences in target markets, pre-occupation with their own growth, perception and reputational concerns, cultural barriers, lack of initiative by industry leaders, and simply insufficient understanding of each other. But in the absence of survey data, it is difficult to get to the bottom of this lack of collaboration.

Islamic finance is practised by international financial institutions offering conventional finance, such as HSBC. It has also drawn increasing interest from other international organisations, such as the World Bank, which organises an annual conference with the Islamic standard setter, Accounting and Auditing Organisation for Islamic Financial Institutions (AAOIFI). Similarly, many conventional financial institutions are active in SRI. For instance, Goldman Sachs has participated in the first social impact bond in the US, it has 10,000 women initiative and its asset management arm is a signatory to UN Principles for Responsible Investment. If both Islamic finance and SRI can work with the leading and sometimes controversial faces of conventional finance, why can’t they work with each other?

At times, we do observe financial products that meet some traditional Islamic and modern environmental, social, and governance (ESG) criteria.

For instance, the Sustainable Resources Fund launched in 2012, that invests in a mix of agro-forestry, land and sustainable agricultural sectors is supposed to appeal to both Islamic and ‘green’ investors. Similarly, amid increasing news reports about ‘green’ sukuk, Australian solar companies secured funding through ‘green’ sukuk for projects in Indonesia in 2012. Other earlier examples include Dow Jones Islamic Sustainability Index introduced in 2006. Nonetheless, such examples remain exceptions.

Their general lack of interaction can also be observed in professional education. For instance, the curricula for Sustainable Investment Professional Certificate (offered by John Molson School of Business, Canada) and Islamic Finance Qualification (offered by Chartered Institute of Securities & Investment, UK) have limited, if any, content about each other.

There are of course differences between Islamic finance and SRI. One significant difference is that the concerns of Islamic finance go beyond the purpose of financing and also cover its structure. This is because of Islamic prohibitions of riba and excessive gharar, which are generally interpreted to include lending money on interest and the trading of risk. Also, the exclusionary screening applied in Islamic finance goes beyond the usual suspects (such as alcohol, tobacco and gambling) and covers conventional financial services because of prohibition of riba. However, the current form-oriented and legalistic compliance in Islamic finance that often has little effect on economic substance of transactions suggests that these prohibitions cannot explain the lack of collaboration with SRI.

Recently, we had two experts, one on Islamic finance and one on impact investing, at CFA Institute Middle East Investment Conference in Dubai on March 20-21, 2013. Speaking on Islamic finance in the global economy, Ebrahim Warde, professor at Tufts University, was clear that offering social value ought to be a part of Islamic finance. Talking about Impact Investing, Harry Hummels, professor at Maastricht University and a European liaison for Global Impact Investing Network (GIIN), was of the view that it is intending and measuring a positive difference to society that turns an investment into impact investment and by implication Islamic finance could be structured as impact investing. Listening to Warde and Hummels reinforced the idea that there is room for collaboration between Islamic finance and SRI and at the core of expectations from them is the desire to see finance making a positive difference to the society.

Interestingly, in London, in October 2013, there are two significant events planned, one from impact investing and the other from Islamic finance. First is the GIIN Investor Forum, October 10-11, a global fathering for impact investors, to be held in partnership by the Global Impact Investing Network and the City of London Corporation (which also has an Islamic finance secretariat). Second is the World Islamic Economics Forum, October 29-31, a mega Islamic finance event that will be hosted in a country without a Muslim majority for the first time. At this stage, the most likely scenario is that the two events will take place independently of each other with no planned interaction.

Had Islamic finance and SRI actively been collaborating, these two events in London in the same month could have been a golden opportunity to further collaboration and grow both fields.

With so much in common between Islamic finance and SRI and so much to gain from active collaboration with each other, bringing the two sides together is an opportunity waiting to be taken up by the leaders from the two sides. Let’s see if this opportunity will indeed be realised, who those leaders will be and most importantly what gains will be brought about by active collaboration between Islamic finance and SRI.