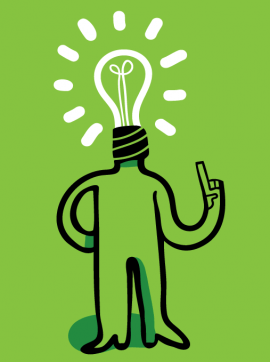 I recently interviewed Chandran Nair, author of Consumptionomics: Asia’s role in reshaping capitalism and saving the planet. In this interview, Chandran discusses why the battle of ideas in Asia will define our future

Q – Could you give those who have not yet read Consumptionomics a very brief outline of your objective for writing this book?

A – The catalyst for writing the book was the financial crisis of 2008. We in Asia were told, by The Economist amongst others, that we laggards in Asia should start consuming more in order to rebalance the global economy. Then in 2009, during the run-up to the Copenhagen climate change conference, we have the same politicians taking to the stage and telling us that the biggest challenge to us all is climate change. Again, there was an emphasis on Asia to do something about it.

I would always use the analogy that on the front page of the Financial Times you would see headlines that Asians need to consume more and on page 3 we were being told please reduce emissions. At this stage I realised I needed to write a book that brought an Asian voice to a global debate.

Q – One of the striking parts of your thesis is its focus upon reforming attitudes and mind sets in Asia. Is it too late for the West to change their thinking? Is the West a lost cause?

1. I hope the West will change but I don’t think it can in the time-frame we need. This is principally because of the entrenched view of the political systems, in which they project an attitude of “exceptionalism.”

The political classes in the West are unwilling to have a conversation with the public about their sense of entitlements. Where you’ve had these systems based on privilege and entitlement it is very difficult within democratic systems to have these discussions. I think you see this reflected in all the elections in the West.

2. My other motive for focusing on Asia is purely down to numbers. Because, speaking frankly, It doesn’t matter what the West does as it doesn’t have the numbers to make a significant enough impact. What will make an impact is how 1.5 billion Indians decide to live or are compelled to live.

Q – Do you think that China is ahead of the Western world in taking the initiative towards more sustainable living?

A – This is fundamentally the argument that I want to throw gasoline on! In Asia I will compare China and India and ask the question, which state works better? When I’m in India I ask this question and all the Indians know what the answer is – China. It comes down to the question, what sort of governance system is best?

Is the Western obsession of western democracy in India going to continue to dominate the debate? The evidence to date suggests to me that the system in China is much better than the Indian system in serving the needs of humanity.

Having spoken with a lot of leading Chinese businessmen, academics and policymakers, I think this is the biggest political struggle in China. The genie is now out of the bottle. Decision-makers know that being the factory of the world, the maker of all things cheap and increasing productivity to employ a lot of people – that game is over. People have to get used to the fact that Chinese manufacturing has been inexorably on the decline for the last 10 years. In my view the Chinese know that this is over, and they also understand that they have to do something about it.

I believe the Chinese have the tools they need, and by tools I mean they have a strong state. This is where I get into some slightly dangerous ground! In my view, in a crowded Asia people don’t have the privilege for the individual to be king. Collective welfare therefore requires something other than voluntary participation, it requires the rule of law. For me, the rule of law in a crowded place constitutes what I call the basic rights. The basic rights for me are access to basic resources and the fundamental right to live. The recent situation in India, where you’ve had 600 million people without electricity, this is a failure to meet a basic human right. If we’re going to talk about social cohesion in Asia we’re going to need a very strong state which delivers on those basic rights.

Q – You don’t have a lot of faith in corporate social responsibility and the role of the private sector in helping to instil sustainable thinking and practices. Why is this?

A – I think there are many factors that can play a role. I spent over 20 years in the CSR, social responsibility arena. At the heart of the notion of sustainability is the notion of less – how do you use less? The problem with companies managing sustainability is that companies are driven by the growth formula – companies are essentially driven by more. Sustainability is a public-policy issue. The private sector can execute initiatives within the broader sustainability framework developed by public policy. The problem is that public policy makers have abdicated the responsibility to enact proper policy to the private sector, thinking that gimics and technology will solve the problem – it will not. It’s not that technology doesn’t have a role to play but putting all our eggs in one basket and fooling ourselves that technology will save the day, is lying to ourselves.

Q – Do you think that as a result of our current way of living, we are facing imminent catastrophe?

A – There are others out there such as James Lovelock who suggest that we are facing a catastrophic meltdown in human populations over the next 80 years and that at the end of the century, we’ll be down to a billion people. I’m not as clever as him, I don’t know all the answers and I don’t want to be as pessimistic. What I do know is that if we are to have solutions, we need to move away from the Thomas Friedmans and the technology geeks of the world who believe that human ingenuity alone will solve this problem. I’m not saying there will be a catastrophic failure in terms of resource depletion – there’s probably a fair amount of resources for basic human existence, but what I am saying is that in Asia, the most crowded place on the planet, the conversation needs to be a different one.

Q – You’ve recently made a mission to Mongolia, the world’s fastest growing economy. This is an economy growing largely off of its vast resources – resources which will feed Asia’s continuing economic boom. Are there any signs of hope that a country such as Mongolia, which has only just started opening up, will start to instil sustainable practices?

A – Good question. I’m not sure if you know but Mongolia is three times the size of France and almost the size of continental Europe – it is huge! With a population of only 2.8 million! We talked to herders and people living in the slum areas of Ulaanbaatar. Many are former herders who have migrated to the city because for the last 4 or 5 years they have experienced the most extreme winters, forcing the herders to slaughter their animals in order to survive. Interestingly one of the key Mongolian policy makers in the government told us that 90% of Mongolians are against the mining boom.

Are Mongolians getting a fair deal for their resource exploitation? On an environmental level, the big issue is going to be water – some of the large mines are tapping into ancient aquifers – that will create an enormous environmental constraint. On a global scale it’s not a huge sustainability issue. It’s clearly an issue about what the Mongolians get out of this. What does it do to an ancient culture? What other social problems will it create? Ulaanbaatar already looks like a classic resource boom town, where people don’t have the basics but where you have the biggest luxury brands setting up shop. The newest building in Ulaanbaatar is the flagship retail and commercial building. Standing on the ground floor you could be in central Hong Kong. From Louis Vuitton, to Burberry, they’re all on the ground floor of this building. Outside of this district people do not have the most basic requirements of food and sanitation. The air quality is also a huge problem in the winter.

Q – We in London have just held the Olympics. The running of the event takes up huge amount of resources and brings people from around the world together. How do you view these types of events?

A –I don’t want to take the position of being a spoilsport and preventing people from having fun. I’m not talking about building some socialist utopia where we would all be on bicycles and eating granola for breakfast. But I do think that austerity will be the new norm, and Asian governments especially will need to embrace austerity. I believe austerity is a greek word for discipline. So far economists have talked about austerity in a technical sense, as the opposite of stimulus – the debate between Friedman, Krugman etc has missed the point. Austerity will be about living within your means, of returning to a more disciplined way of life.

Q – Do you think there’s something we could learn from the past in order to work towards more of a harmonious society?

A – I think we have to be careful about saying that if we were all Confucian or Indians doing Yoga, eating vegetables all day, the world would be a better place. When I did an interview with Peter Day for the BBC, for the first 20 minutes he thought I was some sort of Indian guru that did Yoga! But I said no, this is about politics! But what is clear is that in many cultures around the world, traditions born out of centuries of learning, have been lost. I think we have been so subservient to the Western narrative and I think that we have to change the way we think. I really think it is the greatest ideological struggle of the 21st century – free markets and unregulated capitalism against a region where China is the new economic success.