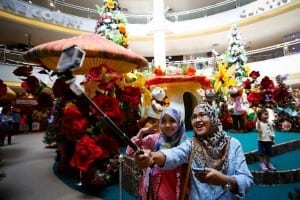 You have a strategy for China, India, and perhaps even Africa. But what’s next? What’s the next big consumer play?

The world’s Muslim consumers number 1.7 billion. They are twice the number of consumers in Africa and account for nearly 30 percent of the emerging market total. For all the current political issues, it’s hard for any multinational to claim they are truly international if they don’t have a strategy for selling to the Muslim world.

But it also means checking our assumptions. This isn’t just a halal story. It’s a story about digital GUMmies and marketing strategies.

How so? The problem is those billion-plus consumers are spread across more than 50 countries, each with their own local preferences; many are also found in low-income countries. In short, they are a more complex commercial opportunity than selling to China, India, or even multi-country Africa.

I spoke a few weeks ago on the subject at a global summit in Kuala Lumpur and was joined by experts and business owners from around the world. I was struck by how digital technologies have turned the debate upside down and how quickly strategies are evolving. Four points stood out.

GUMmies are the first step in a large, but fragmented, market

Most exciting are the opportunities selling to global urban Muslim consumers (or GUMmies for short). Incomes tend to be higher among this group. But more importantly many have studied abroad at universities in the U.K or U.S and so share similar buying preferences, whether Emirati or Indonesian.

“We don’t do halal” is a common response when asked whether a company might target the Muslim consumer. But that’s missing the point. It’s as important to recognize that Muslim consumers shop at different times and for different reasons, even if they are ultimately buying the same goods and services.

The Muslim travel market is both a digital and marketing play

The Muslim travel market isn’t a new story. The surge in visitors to Malaysia and Turkey, for instance, has been a major opportunity for over a decade. But the convergence with digital technologies will change the way millions of increasingly affluent Muslim families book their holidays.

To this end, Halaltrip.com is worth a look. It shares similarities with Tripadvisor.com, but it specifically targets Muslims. Hotels are rated on their quality and service, but they also receive a rating on other features, such as whether they are located near mosques or halal restaurants.

The challenges of halal in the non-Muslim world

I heard many speakers at the World Halal Summit in Kuala Lumpur worry that the idea of ‘halal’ has branding challenges in the non-Muslim world. It’s become an emotional topic and many brand owners would be keen to promote their products in another way, such as emphasizing the higher level of checks imposed on ingredients.

So why not take a look at China? I recently turned up halal-certified Kit Kat chocolate bars and Oreo cookies among a range of products during a quick survey of supermarket shelves in Shanghai. For a country with food safety issues, halal adds an extra level of credibility and the benefits of selling to China’s huge market.