WHC adopted the draft charter of WHC and Halal Standards during this meeting. 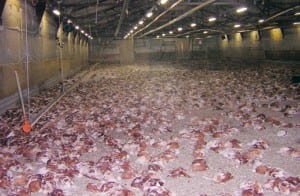 WHC members unanimously decided that gas stunning of poultry before slaughtering is unacceptable as it is a non islamic and cruel way of killing animals.

Some non-Muslim European countries recently imposed laws that permit or force using gas stunning. However, gas stunning is not acceptable by any means and WHC members have never accepted such methods of killing.

Islam forbids eating carrion (dead animals) and the result (or the aim) of gas stunning is only to kill the animal.

WHC will not allow any organization to membership, which accepts gas stunning and any Halal certifier, which allows such non islamic ways will be publicly announced and condemned.

WHC is decided to serve and protect the rights of Muslims and other unislamic practices by any group, country or organization will also be condemned by WHC.