Muslims are being urged to use a search engine that blocks content that’s “forbidden according to Islamic law”. 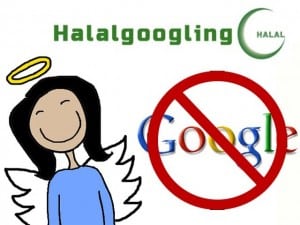 The site, Halalgoogling, sources results from popular engines such as Google and Bing but its built-in filtering system blocks haram – or prohibited – content, reports Pakistan’s Express Tribune. It seems users will get little joy by using terms such as “pornography, nudity, gay, lesbian, bisexual, gambling, anti-Islamic content”, unless they’re after strictly educational results. The report quotes a press release as saying: “The need for such a search engine arose with 1.5 billion Muslims around the world worrying about the content provided over the internet.”

Features reportedly include the exclusion of blacklisted sites from results, a button allowing people to report haram content and the removal of individually forbidden pages within sites. The paper’s blogger, Imaan Sheikh, “checked its authenticity” by entering the word “sexy”. “The displayed results were more preachy than informative,” she writes. “Check these sexy girls out… If you want to rot in hell, that is.” Similar initiatives have already been tried through sites such as imhalal.com and halaalsearch.