To meet the rising demand from the country and abroad, a fast-growing number of Philippine 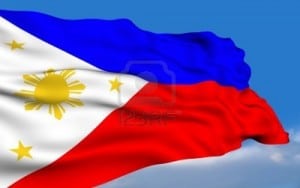 Halal means the product does not contain any derivatives not permitted by Shari’ah law. The accreditation confirms that the stringent halal-certification requirements are fulfilled.

Data from International Trade Centre said the joint agency of the World Trade Organization and the United Nations showed the youthful population of the Muslim world, with 60 percent under age 30.  This indicates demand for halal products and services is likely to continue its upward growth curve and become an increasingly influential market over the next decade.

The Philippines is making its bid to join this lucrative market by aligning its halal-accreditation systems and institutions.  A Halal Board was recently established under the Philippines Halal Export Development and Promotion Act of 2016, which would be developing a comprehensive set of strategies on halal certification.

Halal certification most often also goes hand in hand with food safety.  Consumers perceive halal food to be safer because it follows more rigorous quality standards and during these times where scandals involving authenticity and contamination are rife, food safety and traceability have become a basic expectation.

Requirement for nonfood products and services is expected to intensify as the Muslim population increases. Other categories produced by Philippine companies are pharmaceuticals and health care, logistics services and personal care.

Through the Department of Trade and Industry’s (DTI) foreign posts—the Philippine Trade and Investment Centers (PTIC), particularly in Singapore, Malaysia, Indonesia, Bangkok and Dubai—the government regularly engages in key halal-themed international conferences, trade fairs and business missions to promote the country’s halal export products and its strength of becoming a large halal supplier.  The PTICs, together with the DTI’s Export Marketing Bureau and the PTIC, with their deep understanding of the regional and global markets, also provide trade and market intelligence to exporters, link them to supply chains, and connect the enterprises to new marketplaces.

To raise halal export opportunities in Asean for Philippine producers, the PTICs, with the Philippines’s Asean partner-countries, collaborate with Islamic authorities and encourage joint-venture investments in halal food and personal-care products and trading in the region.

Halal-certified food, products and services used to be scarce in the Philippines, where food was influenced by Chinese and American cultures.  Halal may likewise be mysterious to most Filipinos, the country being predominantly Catholic but now is home to a number of halal-compliant kitchens and restaurants, offering Muslim Filipinos a choice of offerings and convenience.

Earlier this year, the Department of Tourism-Halal Tourism Project certified more establishments in Manila, Boracay, Cebu, Davao and other cities in Mindanao.  These include the Southern Philippines Medical Center, the first and only hospital in the country with a halal-certified kitchen; Pearl Farm Resort, Samal; Marco Polo Hotel, Davao; Park Inn-Radisson; Astoria Regency, Zamboanga; Grand Astoria Hotel, Zamboanga, among others.

Local and foreign investors are invited to participate in the Zamboanga City Special Ecozone 100-hectare property project designed exclusively for halal processing and manufacturing.  The groundbreaking ceremony was held on October 8, 2016.

While the Philippines is not yet considered a major player in the halal market, its tropical climate and abundant natural resources make it a viable place to become a regional center for halal food.