Manila: Outgoing President Aquino has signed into law the Philippine Halal Export Development and Promotion Act, which will give further push to country’s exports. 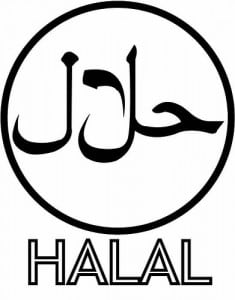 ensure the integrity and quality of Philippine halal exports. The act will institute new halal export task forces and provide for upgrades to processing facilities such as slaughterhouses, warehouses and laboratories, besides creating incentives to attract investments in the halal export sector, Far Eastern Agriculture reported.

A new Philippine halal logo will also be introduced, the report said.

Meanwhile, chairperson of the Senate Agriculture and Food Committee Cynthia Villar reportedly said that the law will help local industries to compete in the ever expanding halal industry, especially with the implementation of the regional economic integration under the ASEAN economic community.

“Without a halal export legal framework in place, our products become susceptible to doubts from receiving countries,” she added.

Islamic Da’wah Council President Abdul Rahman Linzag has also pointed out that the benefits of the halal certification will not be restricted to Muslim consumers because it is increasingly viewed as a reliable certification of quality by non-Muslim consumers as well, said the news portal.

“As the halal meat certification entails many processes from our monitoring of overseas cattle production facilities to the supervision of local meat processors, the certain end result is that the meat is very reliable,” he was quoted as saying by fareasternagriculture.com.