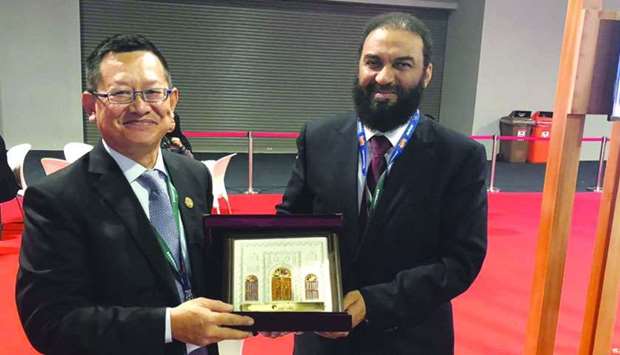 Qatar Chamber board member Dr Mohamed Jawhar al-Mohamed, who participated in the 16th edition of the ‘International Halal Conference and Exhibition,’ which concluded on Saturday in Kuala Lumpur, Malaysia, said the chamber is also keen to promote Qatari products in the global market.

Al-Mohamed said halal trade witnessed ‘significant development within the past years across many countries. This, he said, affirms that the halal industry doesn’t only include foodstuffs but also the medicines, financing, and logistic services.

He said Qatar Chamber proposed during the Islamic Chamber Board of Directors Meeting to host and organise the coming edition of the halal conference and exhibition, which was well received by member countries. He noted that the chamber has already started preparations for the event.

During the conference, al-Mohamed held several meetings with heads of delegations and representatives of companies and institutions. He also held a meeting with Ahmed Zohri, the CEO of H W Lima, the organising company of the expo.

During the meeting, al-Mohamed was briefed on outcomes achieved by the expo during its past editions. He also reviewed the experience of the company in organising such events and how the chamber could benefit the upcoming Qatar edition.

Al-Mohamed also met with the chief executive officer of CIMB, the largest bank in Malaysia and the main sponsor of the event.