In today’s world, everyone is familiar with cheese, which is available in several different forms and 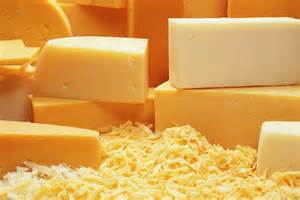 finds its way into various food and beverage applications. Every food item is more delicious when made with cheese. But the way cheese is produced might be an issue for the vegan population. Cheese is produced by an enzyme called rennet, extracted from the stomach of ruminates, which helps in the curdling of milk. The changing lifestyle to include more healthier food products in one’s diet along with the scarcity of ruminant abomasum to stringent laws have forced cheese producers to identify alternative sources of rennet. Rennet alternative is in the market for quite a sometime and demand for rennet alternative is growing, owing to increase in the number of halal and kosher certified products.

An increasing number of individuals, globally are shifting towards vegan diets, owing to various factors such as issues related to social taboo, cultural or religious limitations or restrictions or simply because vegetarian diets have proved to be more beneficial and healthy than non-vegetarian cuisine and products over time. In addition, concerns regarding the humane treatment of animals have also been playing a vital role in this steady shift towards vegan diets. Rennet alternative becomes the best ingredient when it comes to cheese processing, as this cheese remains vegetarian-friendly and the cost of making rennet alternative also remains cheap.

Moreover, halal and kosher is no longer just a purely religious issue. Halal has now become a universal concept and halal products are now coming into the mainstream market, because of which use of rennet alternative is increasing. Halal certified products have expanded from the purview of identity as a specific community product to mass consumer product hence opening new avenues of trade and business for market rennet alternative players.

Due to lack of any uniform centralized institution, local agencies are still the prime vector for certification of halal products in which rennet alternative based cheese are also present.