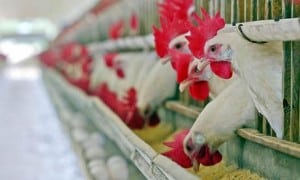 Halal Certification Center has become one of the founders of the Eurasian Union of Poultry Farmers. Thanks the union for showing their trust in the Centre to represent the Halal industry in the countries of the former CIS.

This organization was created with the aim to unify poultry farmers of former Soviet republics into a unique organization, which will be the generator of ideas and to promote the common interests of poultry farmers. One of the most important functions of the organization is consultancy and assistance for Halal manufacturers of poultry and eggs in the export to Asia, Middle East and Africa.

Membership of these organizations is an indicator of the importance of a unifying union through which new opportunities can appear for producing members. It will also allow them to work with a unique Halal standard and its requirements, in order to be competitive in the importing countries.

The Halal Certification Center announced the presence of projects in previous articles that have had a positive impact on the development of the Halal industry in Russia. This project is one of those that allow Russia to to declare itself part of the international Halal market.