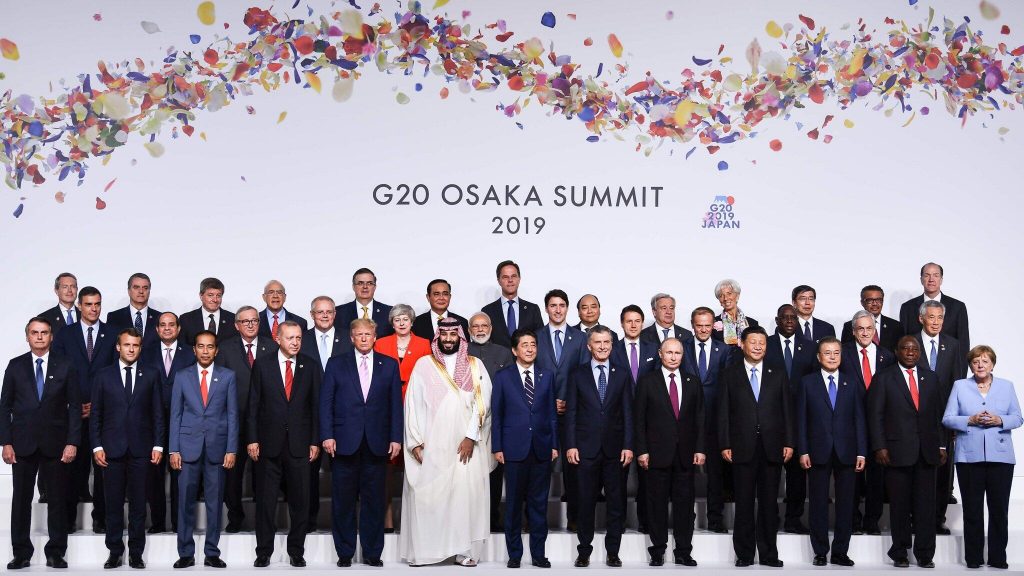 The Kingdom of Saudi Arabia assumes the G20 Presidency today, leading up to the Leaders’ Summit in Riyadh on 21-22 November, 2020. The Saudi G20 Presidency commends the work of the Japanese G20 Presidency in 2019 and will continue to support the group’s efforts to forge global cooperation.

“The Saudi G20 Presidency is committed to continuing the work from Osaka and promoting multilateral consensus. Working with our G20 partners, we will strive to deliver concrete actions and realize opportunities to enable us to face the challenges of the future.”

“The Kingdom of Saudi Arabia is at the crossroads of three continents – Asia, Africa and Europe. In hosting the G20, the Kingdom will have an important role to play by sharing the perspective of the Middle East and North Africa region. We believe this will be a unique opportunity to shape consensus on international issues as we welcome the world to the Kingdom.”

The Kingdom will guide the work of the G20 under the theme of “Realizing Opportunities of the 21st Century for All” and will focus on three aims:

In the run-up to the Leaders’ Summit, the Kingdom of Saudi Arabia will host more than 100 events and conferences, including ministerial meetings and meetings of officials and representatives from civil society, including the Business 20, Youth 20, Labour 20, Think 20, Civil 20, Women 20, Science 20 and Urban 20.

Further information, including the Presidency Agenda and full program of events, can be found on the G20 website: www.g20.org