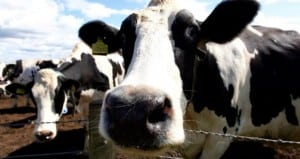 The Irish Dairy Board (IDB) is to invest €20 million in a number of projects in Saudi Arabia, opening the door of the world’s fifth largest dairy import market to the co-operative.

The investment includes the acquisition of a 75 per cent interest in Al Wazeen Trading and the development of a new state of art cheese manufacturing plant at the Al Wazeen facility in Riyadh. The investment will further strengthen IDB’s position in the Saudi Arabian market, the fifth largest dairy importer in the world, as well as providing a central hub to access the important dairy growth markets in the Middle East, North African (MENA) region.

The investment is a key part in IDB’s strategy to grow routes to market and added value for Irish dairy produce in the run up to the abolition of milk quotas in 2015. The announcement was made during the Irish trade mission to Saudi Arabia, led by the Minister for Agriculture, Food and the Marine, Simon Coveney.

The facility will also initially supply dairy products to the Saudi Arabian market. It is anticipated that IDB will use Saudi Arabia as a manufacturing hub for the MENA region, supplying the Islamic Halal market segment.

Kevin Lane, chief executive of the IDB said said that the deal represents “a major route to market and value for Irish dairy in the post quota environment”.

“This investment is strategically very important as it allows us to expand our business throughout the MENA region. With innovation and new product development being critical to growth, our partnership with Teagasc is an excellent example of how with innovative technologies we can create new ways of producing and selling dairy products for a global audience,” he said.