Saudi Arabia will next week launch its biggest ever promotion at Gulfood Manufacturing, the Middle East’s largest food manufacturing, processing and packaging, logistics and materials handling exhibition, which runs at Dubai World Trade Centre from 7-9 November.

Of the more than 30 Saudi exhibitors led by the Saudi Export Development Authority (SEDA), 14 manufacturers will share a 240 square metre pavilion – the largest in Saudi Arabia’s three-year participation in the show. The Saudi line-up includes some the Kingdom’s most powerful producers of food packing, processing standards, food science, logistics analysis, storage 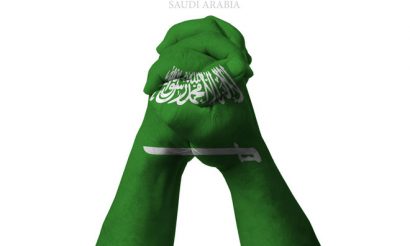 The Saudi push comes in the wake of the country launching its Vision 2030 earlier this year. The strategy aims to raise the share of the Kingdom’s non-oil exports from its current 16 per cent to 50 per cent and ensure the country rises up the international economy ranks moving from the 19th largest to within the top 15 by the end of the next decade.

“This expertise is now being harnessed in a major export drive through which the country looks to expand the GDP contribution of its private sector from its current 40 per cent to 60 per cent. Saudi’s Gulfood Manufacturing participation is visible evidence of the Kingdom’s commitment to this drive.”

“Saudi Arabia is now the world’s largest producer of dates with national production reaching 1.24 million tons, which is over 14 per cent of the international market. Research shows Saudi producers are investing heavily in improved technology, packaging and storage methods to boost competitiveness of its date exports, all of which will be in evidence at Gulfood Manufacturing,” added LohMirmand.

Gulfood Manufacturing 2016 will feature exhibitors from 52 countries who will meet the show’s largest turnout of hosted buyers in a programme be sponsored by Tetra Pak. More than 2,000 of the region’s most prominent industrial buyers are being invited to the event and supported with complimentary flights, accommodation and transport to and from the show.

The show will also host a series of specialist conferences, including the Food Logistics Forum – the region’s only F&B specific logistics event to probe critical issues shaping the future profitability and sustainability of the entire food value chain.