There’s much more to Saudi Arabia than camel-riding Bedouins, palm tress, extremely hot weather and sacred places for Muslims. Yes, we have all seen high-end cars zooming through the crystal smooth roads and Arab men and women feasting on more than enough food. What next: A vivacious nightlife? Yes, if all goes by the plan, the Kingdom will have its first ever nightclub. 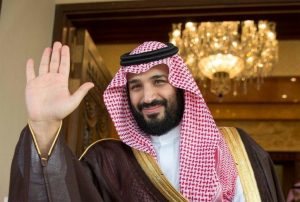 the Kingdom, leaving behind certain traditions that are clearly of medieval taste. And now, according to reports, the country will soon have what they are calling a ‘halal nightclubs’ for the visitors who miss a vibrant nightlife.

Reports suggest that Dubai and Beirut nightclub brand White will set up its club in the coastal city of Jeddah.

But wait, it’s not going to be a full monty, as the food and beverages served at the venue will all be non-alcoholic, adhering to the ‘halal’ standards of the Islamic dietary law.

Saudi Arabia is one of the most conservative countries of the world and being home to the two holiest mosques in Islam, it is forbidden to have such public places in the country. However, this announcement is seen as an extension of the modernisation drive that includes international tourists and places that allow mixed gatherings.

The CEO of the venue, who spoke to news website Arabian Business said that the club would be a high-end cafe and lounge.

“The Saudi market will be great, because the local community goes out a lot. You have people in the country who go out a lot,” Tony Habre said.

“We’re finalising the Iris café for Jeddah. It will be a café and lounge with music and breakfast, lunch and dinner. It’s also a rooftop, outdoor and indoor, and a very interesting concept for the Jeddah market, which is growing, and they have great concepts opening there too,” he said.

The move, as expected, has ended up dividing the Saudi society as people either absolutely love the idea or they have an outright rejection to it.

Saudis, are known to travel to UAE or Bahrain to enjoy a nightlife, which is currently absent from the scene in the Kingdom.

By Safaa Kasraoui a journalist at Morocco World News

Rabat – The Dubai based nightclub, White, is expected to open a “halal” nightclub in Jeddah.

The nightclub will not serve alcohol and will operate from 10 p.m. to 3 a.m. People aged 18-years and over  will be allowed entry to the club.

The night club will make its debut today, June 13 with a concert  led by US singer Ne-yo.

The news generated different reactions, including mockery, surprise, and controversy, as well as anger.

Some Twitter users, however, broke a party on social media with the hashtag “Disco in Jeddah.”

One Twitter user said,  “White club in Jeddah?! You must be kidding me!!”

Another person tweeted: “Guys help our religion is deteriorating. They literally built a ‘halal’ disco in Jeddah.”

“It seems like true disco in Jeddah so if it is then the Royalty of Islamic Kingdom has shaken badly from inside. May Allah prevent us all from evil and this fitna that is making its roots near holy cities,” said a third Twitter user who opposed the initiative.

Videos have also been also circulating from what is believed to be the  White disco. The nightclub will only serve sheesha or hookah.

On May 6, the Consultative Assembly of Saudi Arabia, or the Shura Council, approved the provision of sheesha products in the restaurants and cafes of Saudi cities, “according to specific regulations,” reported the Saudi newspaper Ajel.

In January,  Turki Al Al-Sheikh, Chairman of the General Authority for Entertainment, promised that his country will issue licenses for live shows in cafes and restaurants.

“We accept applications for licensing of live shows in restaurants and cafes,” he said.

The move aims to  give permits to cafes and restaurants to host live music shows and stand-up comedy. The move is part of  vows of reform promised by Crown Prince Mohammed bin Salman as part of his 2030 reform plan.

The plan calls for opening the Saudi kingdom to the world.

Saudi Arabia has recently allowed women to drive and lifted the ban on cinemas and artistic festivals.