Skip to content
By Rosie Burgin, Assistant Editor, WorldPoultry.net
Broiler meat production in Saudi Arabia is expected to reach 700,000 MT in 2015, an increase of about 8% from production in 2014, according to figures from a recent USDA Gain report.

The Saudi poultry sector has been undergoing major expansion projects recently that will impact the long term production potentials and affect its contribution to achieve the Kingdom’s food security goals.

Several years ago, Saudi Arabia’s government has stated a strategic goal of achieving full self-sufficiency in poultry meat consumption, a goal that most analysts believe is not practically feasible.

Some poultry analysts believe that a more realistic goal of 60% self-sufficiency of poultry consumption would possibly be achievable. Reaching this target, however, would require a huge expansion in Saudi Arabia’s poultry production capacity, high costs of subsidised poultry feed products, and the implementation of a unified biosecurity system to help reduce chicken broiler mortality rates.

In 2014, local broiler meat production was estimated at 650,000 MT, about an 8% increase over production in 2013. This production satisfies about 46% of the Kingdom’s consumption needs, currently estimated at about 1.4 million MT. The Saudi poultry self-sufficiency ratio is expected to rise to about 50% in 2016. 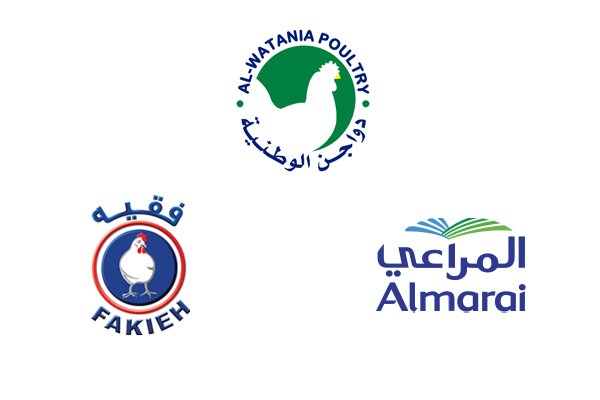 The recent surge in broiler production in Saudi Arabia, however, is mostly attributed to ongoing expansion projects at the three largest poultry producers in Saudi Arabia, Al-Watania Poultry, Fakieh Farms, and Almarai Company that were started in 2010.

Poultry meat remains the most competitive source of animal protein in Saudi Arabia, where total consumption is projected to reach about 1.54 million MT in 2015, which represents an increase of about 11% over the estimated consumption level in 2014.

This consumption increase in 2015 is somewhat an inflated estimate, as a significant part of broiler meat consumption ends up actually as ending stock. Overall, Saudi poultry consumption has been increasing by about 5% annually in the last few years. This year, the increase in consumption is expected to be higher due to the continued expansion in the food service sector, the annual population growth, and higher demand anticipated by the food catering companies in the holy cities of Makkah and Madina, as a result of a significant increase in the number of Umrah and Hajj pilgrims.

Broiler meat production costs in Saudi Arabia are relatively high because of the heavy reliance on imports of poultry feed products, poultry vaccines and equipment as well as the high costs of controlling temperatures in the chicken houses under extremely hot weather conditions year-around.

In order to help local poultry producers cope with the high production costs, the Saudi government (SAG) has been providing various types of production support that include subsidies for animal feed, interest-free loans and rebates on the purchase of certain poultry equipment.

Feed costs account for about 70%, on average, of broiler production costs in Saudi Arabia. In June 2015, the SAG reduced its subsidies on 31 imported animal feed ingredients between 22 to 62%, based on the energy and protein contents of each feed ingredient, as a result of international feed prices decline.