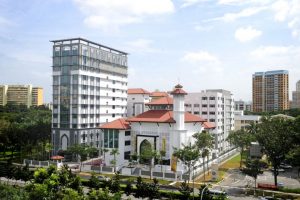 SINGAPORE – The Islamic Religious Council of Singapore (Muis) has said that it has not been approached by the Corrupt Practices Investigation Bureau (CPIB) in connection with any investigations, refuting allegations published in different foreign media.

In a statement reiterating the integrity of its halal certification process on Friday (May 29) after several articles were published alleging corruption, Muis said it was reviewing the complaints but stood by its “robust” process.

Muis said: “As a statutory board, we take all complaints seriously and will carefully review the various allegations raised… Thus far, Muis has not been approached by the writers of the articles or posts for comments before they were published.

“Muis will not hesitate to take the appropriate actions should there be any evidence of wrongdoing by its officers, or if the allegations being propagated are found to be untrue.”

Muis urged the public not to speculate on or spread unproved allegations. It said those with “conclusive information and evidence” can e-mail it by June 15 at info@muis.gov.sg.