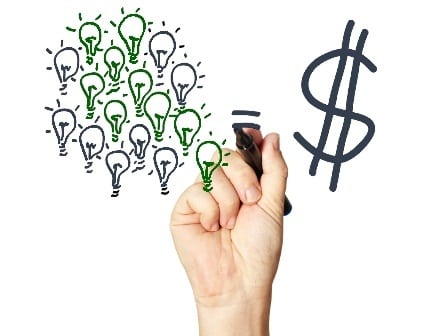 Southeast Asia is a high-growth region with relative economic stability, according to J.P. Morgan. Tech in Asia has called the region the next hotspot for global investors. But how do you really invest in Southeast Asia if you’re not a high-net worth individual or a bankrolled VC? What is more, how do you do it ethically? Club Ethis thinks it has the answer.

Singapore-based Club Ethis refers to itself as a private investment network. The site crowdfunds Indonesian real estate developments, startups, and small- to medium-sized enterprises (SMEs) in Southeast Asia in a socially responsible manner, according to the firm’s managing director Umar Munshi. Club Ethis also claims to be the world’s first Shari’ah-compliant crowdfunding platform, meaning it maintains a high level of integrity as per the principles of Islam. It does not deal in businesses related to alcohol, pork, gambling, speculation, or loan and interest-based finance, in theory allowing it to capture a large muslim user base and investors from the Middle East.

“We have successfully run projects with excellent returns and now have a community of almost 500 members from 11 countries,” says Munshi. “We are now well-placed to match international funds to Southeast Asia via crowdfunding, especially to partake in the Indonesian real estate boom.”

See: Culture check: how to market to muslims

You don’t have to be a rich person to start investing in big, local opportunities, says Munshi. Users interested in businesses and startups need a minimum of US$800 to get started. Club Ethis will match the users with a startup that makes sense based on the individual’s background and preferences. Club Ethis backers won’t be able to be hands-on in the direction or execution of the business like traditional investors often are, but they do get to be real shareholders who enjoy profit sharing. Munshi did not mention how often investors can collect real-life returns or what would happen in the event of windfall profits. But he did say:

The opportunities we identify for crowdfunding are screened to ensure risks are managed, and that there is a high likelihood of achieving returns of 15 to 20 percent per annum. So far, realized returns [through Club Ethis] are higher than projected returns.

Club Ethis was established in March 2014. According to the firm’s third quarter progress report, the site has produced 17 to 38 percent returns on investments for its startup and SME backers during an average six-month period. For its real estate funders, Club Ethis claims to have yielded 14 to 18 percent returns during an average seven-month period.

The startups selected by Club Ethis undergo rigorous scrutiny, says Munshi. It implements a due diligence process and the company screens the commercial, financial, and legal aspects of each business on its site.

Some of Club Ethis’ SMEs and startups that were successfully funded include IslamicEvents.sg, an online ticketing system for Islamic happenings in Singapore, as well as the Singapore-based restaurant and delivery chain The Green Kebab.

So far, Club Ethis has earned a modest total revenue of S$386,728 (US$309,308) via crowdfunding Southeast Asian startups and SMEs. However, Indonesian real estate is the firm’s current bread and butter.

The amount backers must put in for Indonesian real estate starts at S$10,000 (US$8,000). This higher entry points makes the investment slightly more exclusive than buying into startups. Munshi is not shy when he says Indonesian real estate is the company’s main source of income at the moment, having pulled in S$1.1 million (US$880,000) since last March. Four “condotel” units in Bandung are a recent example of a popular project completed after being backed by the site’s users. Projects currently open for investment include a townhouse in South Jakarta that’s looking to raise US$235,000 by April and a villa-resort in Bali that hopes to raise US$1.9 million come October.

Club Ethis is a completely bootstrapped operation and has relied on Singaporean government grants for its technology needs so far. Munshi says that Club Ethis has piqued the interests of some “institutional funders” after raising a total of S$1.5 million (US$1.2 million) for projects since its inception. Munshi did not comment on whether Club Ethis is profitable yet, but did say that it’s experiencing positive cash flow.

At the moment, Club Ethis monetizes by collecting a two percent fee on funds raised for startups and SMES. For real estate, it collects five percent. “We launch new SME and startup projects every two to four weeks,” says Munshi. “We project to achieve a revenue of S$5 million (US$3.4 million) this year.”