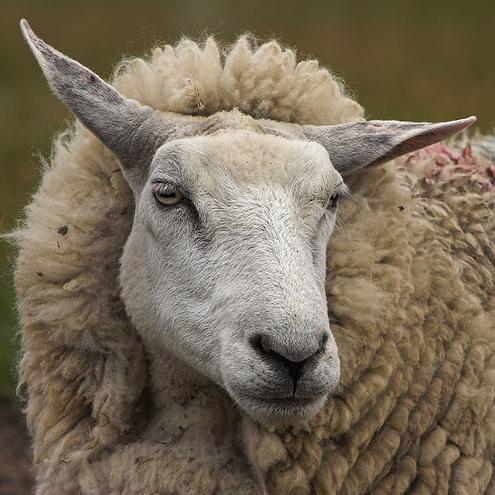 The protection of farm animals at the time of slaughter and killing is a matter of public concern which affects consumer’s attitude towards meat products (EC 1099/2009). It is a well known fact that the slaughter process has never been pleasant and not all suffering can be eradicated during different stages of marketing, transit and at slaughter. However, it is our responsibility to respect the farm animals and to minimise their distress and suffering as much as possible. The slaughter of animals without stunning, specifically for traditional religious slaughter, which henceforth I will call ‘Traditional Slaughter’, has always been a topical subject for animal welfare lobbying organisations.

Several research projects have been funded and carried out at different institutes on issues related to religious slaughter to influence the debate. The outcome of these research projects may well have been different if researchers were focused on improving welfare standards during traditional slaughter rather than on trying to convince the religious communities that their methods of slaughter are outdated and do not match the ideal 21st century standard for animal well being.

Traditional religious slaughter does not intend for farm animals to suffer when slaughtered for food. In fact, the opposite is true if the tenets of the Abrahamic religions are studied.

The belief is that all animals should be treated with respect at all times and all safeguards should be deployed to minimise suffering during the entire life of farm animals. Muslims and Jews strongly believe that traditional slaughter without stunning is the most humane method to render animal unconscious since these methods were taught by the prophets and leaders of mankind such as Abraham and Moses. Advocates of pre-slaughter stunning are reluctant to mention the suffering that is inflicted on animals from pre-stun shocks and mis-stuns. They also fail to distinguish that welfare concerns are not the same in sheep and poultry slaughtered without stunning as they are in cattle.

Not all fish are stunned before death. Crabs and lobsters are still boiled alive. Animals continue to be hunted. It is known that not all conventional slaughter methods always result in unconsciousness. I have witnessed this in poultry plants, where it has been reported that the incidence of pre-stun shocks is a significant welfare problem for broiler chickens during electrical waterbath stunning (Asif, 2009).

It is widely accepted that pre-slaughter stunning is a critical control point within the slaughtering process because it has the potential to cause serious pain and suffering to the animal when done incorrectly. Most stunning applications could be potentially painful, e.g., the application of skin penetrating electrodes for the electrical stunning of sheep or pigs or the application of electrical currents that are insufficient to cause unconsciousness.  No operation is perfect, and errors can be made with conventional as well as traditional methods of slaughter despite all the measures that are taken to prevent them, i.e., miss-stuns, pre-stun shocks along with unnecessary suffering and abuse due to inadequately trained operatives.

In my view there are many other issues that are far more serious for welfare than the process of pre-stunning, e.g., live transport, tail docking, castration, ear tagging, live shackling of poultry, farms animals not allowed to express their beneficial natural behaviours during production and many other issues of farm animal well being that need to be addressed. It is a brutal truth that the life of a farm animal destined to be slaughtered for food is compromised from birth.

I am not advocating compromised animal welfare on farm, during transit and at slaughter. I have great respect for all those who are genuinely concerned for farm animal welfare since they speak for those who cannot speak for themselves. The religious community are on the same page but, like much of the population, they are already inherently complicit in accepting many conventional practices and procedures that compromise farm animal welfare during production, marketing and at slaughter. I am still struggling to understand, when it comes to traditional slaughter why we cannot accept it and work together to improve the welfare standards of all forms of animal slaughter. I am confident it will do more to improve welfare at slaughter rather than asking the religious communities to rewrite their religious codes of practice. Many of the issues causing problems are not tied to the religious issues, but are reflective of the need to improve practices in all slaughterhouses.

I believe that proper training, improved facilities, greater supervision and an involved management are key factors that need to be addressed to improve animal welfare at the time of slaughter and killing regardless of the slaughter method. Animal welfare can also be optimised at the time of traditional slaughter by improving, for example, training programmes for slaughtermen, restraining operations and equipment, the details of the ventral neck cut, the right knife, and so on.

I have attended several national and international conferences, seminars and workshops addressing the welfare of farm animals. I discussed welfare-related issues specific to religious slaughter with  researchers, stakeholder bodies, and assurance schemes representatives and invited them to work together to improve the welfare standards during traditional slaughter. The outcome was very disappointing since hardly anyone wanted to work with me or the religious communities. The reason given was that it’s a very sensitive area and gets political.

We should come out of our mind set or default belief that animals slaughtered without pre-stunning have defacto suffered.

If individuals with such a mindset representing bodies advising government apparently do not even want to discuss welfare improvements during traditional slaughter then how can the minorities develop a mutual respect for overarching welfare goals? We need to work together to address welfare issues, but over the entire life of the animal and not just during the last few seconds of its life. Ways to improve traditional slaughter should be openly discussed. Research should be conducted at best-practice plants and outcomes shared with the rest of industry. We need to work together with the religious communities to improve the welfare of farm animals during traditional slaughter.