Voice of the Cape 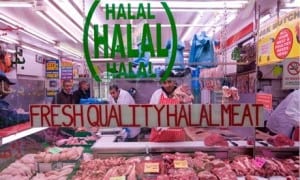 The shocking reports of mislabelling found in the meat and biltong industry is no surprise. One local butcher told VOC the lack of transparency in the industry has been a problem of longstanding and goes so far that he would not trust 95% of what is sold by local Muslim butchers, because they are just as guilty of hiding the contents of their processed products.

Arief Jano of Savemore Butchery in the Strand explained that most butchers bought from meat suppliers. While the recent studies by the University of Stellenbosch and the University of Western Cape focused mainly on meat suppliers who failed to properly identify meat contents, Jano said consumers needed to take a closer look at their local butcheries as well.

“Most butchers in Cape Town do not import from abroad ourselves. We source our meat from certified halal wholesalers who import it for us. However, if you look at the products being sold (in butcheries), people claim to be selling pure beef when that is not really the case. Products like sausage, burgers or polonies may say ‘beef’, but it could contain other by-products that is not declared on the label.”

Jano pointed to his own “budget burger”. “I include chicken and soya, but my label states that, so the customer knows what he is buying. If you survey prices at butcheries in the Western Cape and compare it, it is obvious that they cannot self 100% pure beef in processed products. Beef is expensive right now and the only way to offer affordable products, is to add other by-products. Without it, it does not justify the price you are selling it for,” he explained.

This, he said, was something consumers had to be aware of. “At the same time, people must know that if you buy cheap, you will get what you pay for.” As a result, Jano said, mislabelling had almost become a norm in the industry and for this, he blames the inspectors; both those from the Health Department and halal certifiers.

“The Health Department sends inspectors to do random checks at all butchers, including supermarkets and they are supposed to take samples for testing. However, although they are supposed to come monthly, I have not seen one in three months. Had they been on their toes, surely they would have picked up the mislabelling ages ago.”

The butcher also did not have much respect for halal inspectors. While many local butchers do not have halal certificates because they are Muslim owned and therefore halal inspectors do not come around, Jano was not too convinced that they knew what to do if they were to do inspections at butcheries. “Many of these guys really don’t know what to look for. So there could be all sorts of irregularities that they never even pick up on,” he said, emphasising that he spoke from personal experience.

“If all the inspectors were to tighten up on their monitoring, it would close any loopholes in the industry. Because they have not done so, it has left a huge gap where butcheries are able to mix their own processed meat in order to offer cheaper products, but without being fully transparent. That is exactly what is happening.”

Last year in its report on the state of the Muslim Judicial Council Halal Trust (MJCHT), the Independent Halal Review Panel (IHRP) had much to say on the issue of halal inspectors. Besides there not being enough in the MJCHT’s employ, it also emphasised the need for further training. The IHRP found that no formal competency training or assessment takes place and inspectors are never themselves audited.

“We have been informed that inspectors receive ‘in?service’ training for 6 months. They are deemed competent to conduct inspections independently thereafter. During the training period, trainees accompany the inspectors, conduct supervised inspections, and are exposed to most industry categories.”
Therefore, the IHRP recommended structured induction process for all inspectors, as well as continuous education and updates.

Jano believes the state of the meat industry to be so bad that he would only buy and consume products from his own butchery and about 5% of the Cape’s halal butcheries which he knew personally. “Knowing what I know of this industry, I do not trust most of the processed products sold locally. Look at the large percentage of hearts that is being imported from all over the globe. You don’t find it sold at local butcheries, so what are they using it for? It goes into their processed products, but they don’t tell you about it, because if they do, their sales would drop. That is not transparent.”

Jano believes the state of the meat industry to be so bad that he would only buy and consume products from his own butchery and about 5% of the Cape’s halal butcheries which he knew personally. “Knowing what I know of this industry, I do not trust most of the processed products sold locally. Look at the large percentage of hearts that is being imported from all over the globe. You don’t find it sold at local butcheries, so what are they using it for? It goes into their processed products, but they don’t tell you about it, because if they do, their sales would drop. That is not transparent.”

The concern about imported by-products like hearts had also previously been expressed by VOC listeners in the midst of the Orion halal scandal in 2011. Anonymous listeners who worked in the local meat industry reported that many of these by-products arrived from abroad with indistinct halal emblems from dubious sources. This week, another VOC listener forwarded this photograph (below) taken recently at a prominent Cape Town butchery where similar imported hearts had been offloaded. 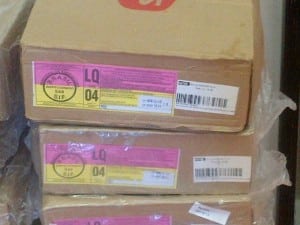 “We saw these Brazilian imported chicken at a local butcher. After a few days I read on News 24.com that poultry is cheaper to import then to buy local and Brazil tops the list for cheapest imports. I complained on this butcher’s Facebook page, but never received response and now my post is removed,” Shameel Gabriels reported.

VOC took the issue to Maulana Yusuf Karaan of the MJC’s Fatwa Department who had inspected several plants in Brazil. “The only two plants that are fully halal and that we endorse are Zoghbi and Ali Saify. But there are many other exporters in Brazil who are trying to get into the halal market, but who are not halal. Some of them think it is acceptable to have Christians slaughter and this is a position we do not accept.” As for the photo above, he could not verify if it was from the two accepted halal certifiers in Brazil.

He said the MJCHT had met with local Muslim meat wholesalers on this issue, but while the major halal importers were prepared to work with the MJCHT on imports, others were bypassing any halal regulators and importing regardless because it was cheaper. As such, there was every reason for Muslim consumers to remain vigilant. The alim also pledged to take a closer look at the imported hearts and revert back to VOC.

On a different note, the butcher said the only product he had imported had been chicken from Netherlands. However, he had stopped doing so after it was brought to his attention by Ml Karaan that the European Union had upped the voltage for stunning chickens that are mechanically slaughtered. Local and European ulema agreed that this would mean the chickens were virtually dead when slaughtered and as such, not fit for Muslim consumption.

“All other products I sell are fresh and local. We have now stopped selling the European chicken. I had tried to speak to HQC, one of the halal authorities in the Netherlands, but was unsuccessful. I then managed to speak to another halal certifier in Holland, HFFI, and one Sheik Abdul Qayyum is looking into the matter on that side. We are now waiting on feedback on this issue both from abroad and from the MJCHT.”

Meanwhile, asked what consumers should do given the high level of mistrust, Jano said it remained best to buy from Muslim owned butcheries that the consumer knew best. “However, if you asked questions of someone who is buying a product that is not completely halal, he himself will not be transparent in telling you where it came from,” he added.

“The SA Muslim meat industry is not in a healthy state at all. It is best that our halal authorities work together with meat inspectors to jack things up. What’s the point of having a halal certificate if the inspectors can’t pick up something that must not be there? But whatever the expense of meat currently, it does not justify anyone misleading people or selling out our deen in order to produce a cheaper product. If anyone has doubt, they should leave it out, ” he stated.