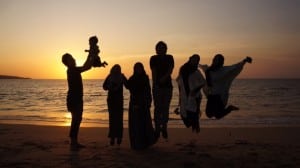 close to 10% of the entire travel economy. This is forecasted to grow to 168 million visitors by 2020 and 11% of the market segment.

South Africa is one of the five most popular non-Organisation of Islamic Cooperation (OIC) destinations in the global Muslim travel market, and will be represented at the Halaal Tourism Conference 2016, which takes place from 3-5 May 2016 in Konya, Turkey.

The conference will be hosted alongside an exhibition that will last for three days with the final day opened to trade and public. It will feature exhibitors from Turkey and the rest of the world.

This year’s event will also feature from Hajj and Umrah providers, financial institutions and food and drink businesses.

While SA ranked in the top 5 non-OIC destinations for the global Muslim travel market, Turkey places in the top 10 OIC countries to visit. With the current partnership between Cape Town in SA and Istanbul in Turkey, South Africa hopes to learn from the Islam-dominated country on how to improve their Muslim tourism offering.

It is the second time the event is being held in Europe following the success of the inaugural event in Andalucía, Spain.