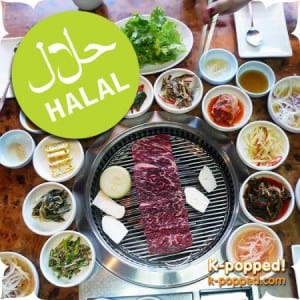 The government plans to issue “halal” certificates to at least 140 restaurants nationwide, where Muslims can eat food without worrying about the ingredients.

The measure aims to attract more Muslim travelers who prioritize halal food as one of the most important factors in deciding a travel destination, according to the Ministry of Culture, Sports, and Tourism and the Korea Tourism Organization (KTO), Monday.

The 140 halal restaurants will be selected as early as next year on a trial basis, and depending on response from Muslim visitors, the number may increase, they said.

While pork and alcohol are major ingredients in Korean food, under Islamic law, better known as the Sharia Law, such items are haram (sinful) for Muslims. The word halal means “allowed” in Arab.

“For travelers, food usually is the most important part of a happy and memorable trip. If they have problems with what they eat, they cannot fully enjoy the time overseas. The measure was introduced to prevent such unfortunate cases and to better meet the demands from visitors with diverse needs, including religious ones,” a KTO official said.

The ministry plans to publish a booklet and distribute it to Arabic countries.

The ministry will categorize the restaurants into five groups. First will be “Halal Certified,” those which are certified by the Korea Muslim Federation (KMF). The second will be “Self-Certified,” those which use halal ingredients and are self-certified by Muslim owners. The third will be termed “Muslim Friendly” because they are run by Muslims and offer some halal menus, while selling liquor. The fourth category will be “Muslim Welcome,” Korean restaurants that offer vegetarian menus or seafood or temple cuisine. And, finally, the last will be “Pork-Free,” restaurants that do not offer pork, but have halal meat.

Meanwhile, the KTO published a booklet last year in a similar attempt to provide Muslim visitors with easier access to try Korean cuisine.

In the booklet, 36 famous Korean menus are categorized into four categories ? vegetables only; seafood; combination of vegetables and seafood; and meat, except pork.

“Muslims have no problem eating seafood, including sushi. So they would not have a problem visiting coastal cities such as Busan or Mokpo in Gyeongsang Province. The move is broadly for restaurants selling pork, which is almost the most popular food in Korea,” the official said.

“Korea is becoming ever-more popular as a travel destination. And I hope this move will be considered a welcoming gesture to the viable travelers from Islamic countries,” the official said.

According to KTO statistics, as of last year, out of the 14 million travelers that visited here, 750,000 were Muslims, who accounted for 5 percent of the total.

Arabic guide to halal eateries in S. Korea to be issued in May

SEOUL, March 23 (Yonhap) — The South Korean government is looking to publish an Arabic version of its official guidebook on local halal restaurants this year in an effort to attract more Muslim tourists, officials said Monday.

“Our current goal is to complete and publish the Arabic edition of the guidebook by May for distribution to travel agencies and offices under the Korea Tourism Organization,” an official from the Ministry of Culture, Sports and Tourism said.

The English-language guidebook for such restaurants has been made available since January this year, with lists of eateries categorized into five different groups, ranging from halal-certified to dishes that are deemed more Muslim-friendly than others, according to the culture ministry.

Halal food refers to food products that are prepared in a specific way according to Islamic Sharia law for consumption by Muslims.

There are only five halal-certified restaurants in South Korea at present, confirmed by the Korea Muslim Federation, an Islamic missionary organization established here in 1967.

Other categories of eateries that may be acceptable for Muslim customers — including Self Certified, Muslim Friendly, Muslim Welcome and Pork-Free — have been organized by the ministry according to standards such as what kind of meat is served, if at all, and the availability of alcohol.

South Korea has become more attentive to the needs of Muslim visitors and residents as it pushes for stronger ties with Middle Eastern countries as a means to generate new growth momentum while the economy at home is sluggish. Earlier this month, President Park Geun-hye visited the region, during which South Korean businesses were able to ink 44 memorandums of understanding worth $906 million, according to government officials.

Demand for halal food is also steadily rising, its global market reaching $1.08 trillion in 2012 and anticipated to grow to $1.62 trillion in 2018, which would be about 17.4 percent of the world’s total food market.