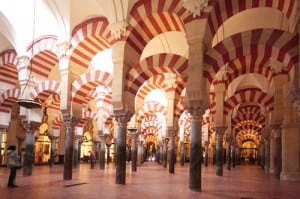 KUALA LUMPUR: Spain is interested in engaging more Muslim countries in business and trade especially in the Halal food sector, bolstered by its strong agriculture industry and Andalusia Islamic past.

Halal food is one of the fastest growing food sectors in the world, already accounting for approximately 17 per cent of the global food market.

Director general for Fundacion Agropolis de Cordoba, Antonio Fernandez Ranchal, said the Halal market in Spain alone serves about two million people, and the country is the strategic gateway to the growing Muslim population throughout Europe.

“Apart from the Muslim community and our Islamic past, we also have an already established food and agriculture industry, infrastructure, and a very well connected transportation network,” he told Bernama in an interview.

Located about two hours from Madrid and near Malaga port, Andalusia is the agriculture centre of Spain, with Cordoba located in the heart of Andalusia.

Spain produces food products for Europe, and besides being part of the European Union, the country also has very good connectivity and relationship with North African countries such as Morocco and Algeria, as well as with Latin America, which also now has a growing Muslim population.

“We are leaders in certain products such as olives and olive oil, livestock, citrus fruits, vegetables and strawberries. We have labs in Cordoba that can test if meats are free from pork and alcohol and more than 300 scientific groups doing various innovations,” Ranchal said.

Ranchal said Andalusia can gather its vast knowledge in agriculture and food industry practice, and reorient this potential to the halal industry.

This is where the Fundacion Agropolis de Cordoba comes in as a body that coordinates, enhances and disseminates available resources related to the food industry of Cordoba.

Among the foundation’s trustees are city councils, ministries, local governments, universities, and public and private companies.

“Universities in Cordoba are leaders in agrofood industry research in Spain. We gather the knowledge and transfer it from universities to companies. We also serve as a platform to access public and private resources for research, innovation and investments from sources such as the EU and private funds,” Ranchal said.

The foundation is also collaborating with the Halal Institute of Islamic Board of Spain for standardisation and building of the “Cordoba Halal” brand.

“If you create a good environment, concentrate on giving good service to the companies, they will come and establish there. They know our certification bodies, they know that we have labs that can test and assure people that the product is really halal based on the al-Quran and scientific analysis. That would be our strength,” Ranchal said.

Being under EU legislation, its industrial and agricultural processes are clean and safe, he added.

“We can do Halal. Clean, safe and healthy. In fact, we are doing Halal but we don’t know that. We need to adapt certain parts,” he said, adding that the City Council of Cordoba is currently doing research on grants and incentives for the Halal industry.

“We hire consultants to develop all these programmes. It’s a long-term project. The companies are already there. Our plan first is to provide a Halal industry cluster of services. We can do it in less than five years. Then we want to develop networks of Halal Parks throughout Spain,” he said.

Ranchal said the foundation plans to collaborate with Malaysian universities such as Universiti Putra Malaysia, as well as with the Department of Islamic Development Malaysia (Jakim) and Halal Industry Development Corp (HDC).

“Cordoba was once a knowledge hub for Muslims. We haven’t lost that. We still have great universities. The city wants to be what Cordoba was in the 11th century,” he said.– Bernama