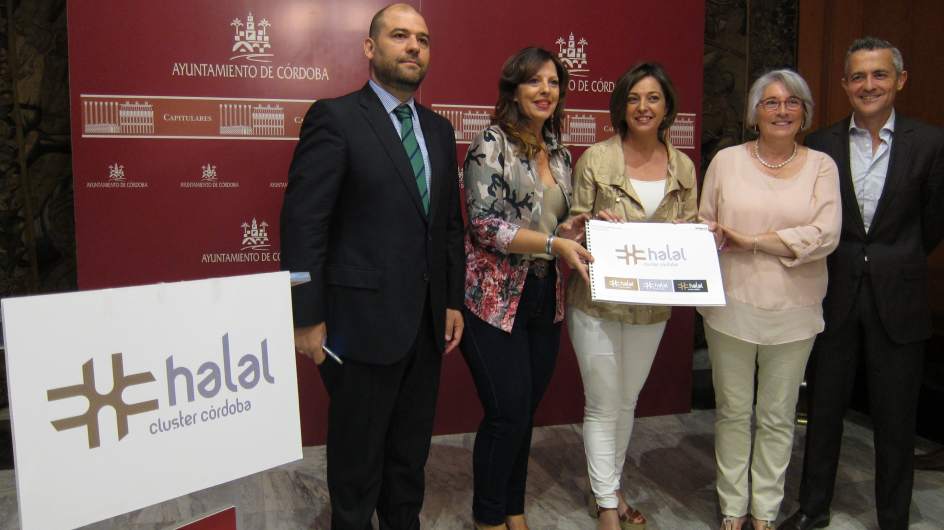 The General Director of the Halal Institute, Isabel Romero, together with the Mayor of Cordoba, Isabel Ambrosio, have announced the new image of the  Cordoba Halal Cluster inspired by an exterior wall of the Mosque-Cathedral in the city.

During the ceremony that took place, Isabel Romero wanted to highlight the latest advance in the development of this international project. The Mayor praised the design made by Defábrica: “The logo has several advantages, as it is rooted in tradition, but modern and universal.” Romero said that it serves to project the image of Córdoba and Spanish industry within the Halal market.

Isabel Ambrosio carried on to say that the logo was a tool “to better identify the Halal products and services that are grouped in the cluster.” She agreed with Romero that the presentation showed that this is the next step towards putting forward the implementation of one of the most exciting projects in which the government team can help to make the city an economic and tourist attraction for the Muslim world.

The cluster project began at the beginning of March with a group called Economic Development and Employment. It includes the University of Córdoba, Mercacórdoba and the Agrópolis Foundation in collaboration with the Halal Institute. The group’s objective is to boost the Halal market in Cordoba.

At the moment it is in the first development phase of the strategic plan. The final objective is to create a business park for the the production of certified Halal products that a thousand companies have already shown an interest in. The constituent assembly of the Cordoba Halal Cluster is scheduled to be held on June 22.