The Halal Institute , in its desire to become the main Halal certification entity in the Spanish-speaking world, and after the successes achieved in Mexico, where in only two years it has positioned itself as the reference entity in the Aztec country with close of 100 certified companies, has decided to bet on Central America and the Caribbean to continue its internationalization. 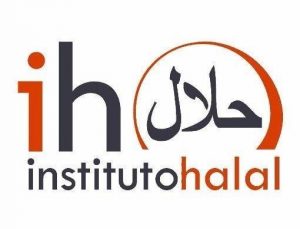 The Halal food market offers an excellent opportunity to Central American and Caribbean companies, world leaders in the production and export of some organic products such as bananas, cocoa or coffee, to internationalize and diversify their exports.

The Halal certification allows access to a world of opportunities, valued at 1.3 billion dollars, and composed of 57 countries with a Muslim majority and more than 1.6 billion Muslims.

The key to enter this gigantic market is the Halal Institute , which has each and every one of the accreditations of the Muslim majority countries. With more than twenty years of experience in the sector and, currently, consolidated as one of the certifiers. most recognized and prestigious at the international level, is responsible for ensuring and certifying that the production complies with the rules of Islamic law ( sharia ) and the rest of quality requirements contained in the international standards of Muslim majority countries.

The Halal certification stands as a trustworthy tool and, therefore, its concession to industries and establishments is carried out according to a statutorily established scheme and a reference Halal regulation, by virtue of which the latter and its products they are subject to audits, supervision, analysis, as well as other monitoring and control mechanisms.

The key to the Halal certification granted by the Halal Institute is also that it is governed by a protected quality guarantee mark, whose use and application must be subjected to rigorous and constant evaluations, thus giving faith in good practice and excellence of the companies that obtain this certification.

The first American experience of the Halal Institute was in Mexico, where it has already certified about a hundred companies with the support of the government of the North American country. Later, and seeing the potential of the region, the Halal Institute has opted to explore countries such as the Dominican Republic, Guatemala or Cuba promoting halal certification and its possibilities.

Last year, in July 2018, Halal Institute signed an agreement with the Dominican Republic’s Export and Investment Center (CEI-RD) with the objective of certifying Dominican food companies and will help you to export your products to countries of Muslim majority, as well as markets that, without being of Muslim majority, have a significant Muslim population, such as the United States, India or the European Union. Currently, the Halal Institute team is working to certify different companies, not only in the agri-food sector but also in others such as cosmetics or tourism.

Recently, and in line with this experience, the Halal Institute has certified a company in Guatemala. The Guatemalan Food Luz del Rayo (Arlusa) , a leading company in the production of frozen vegetables and fruits, already contemplates exporting to Muslim-majority markets having obtained its Halal certificate weeks ago. On the other hand, in Cuba, these days, the first Cuban company is being audited, this being a great opportunity for Cuban companies to promote and develop abroad.