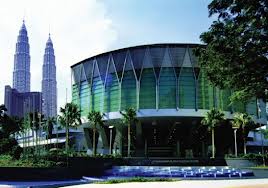 CAIRO: The Malaysian Technology Development Corp (MTDC) says a stronger government is needed to lead the country towards attaining the high-income nation status by 2020.

Its chief executive officer, Datuk Norhalim Yunus, said elections would come and go but the most important factor for the business community was a stable government.

Prime Minister Datuk Seri Najib Tun Razak on Wednesday announced the dissolution of the Dewan Rakyat, paving the way for the 13th General Election which would see 222 federal and 505 state seats contested.

“Ultimately business is about opportunities. So, as long as we remain stable, we should be a great destination for doing business,” he told Bernama during a business trip to Eygpt.

He said the dissolution of the Dewan Rakyat did not come as a surprise as the business community had expected it.

“I hope that we can all carry out our duties wisely and continue efforts to achieve our goals in 2020,” he said.

When asked on the timing of the dissolution, Norhalim said it was the prerogative of the Prime Minister.

Back home, Shapers Malaysia Sdn Bhd hoped the government, under the administration of Datuk Seri Najib Tun Razak, would be re-elected so as to continue the focus on the Halal market.

“We hope that the administration will continue looking into the Halal area and emphasise more on trading,” said its chief executive officer, Mohd Shukri Abdullah, on the sidelines of the World Halal Week Kuala Lumpur 2013.

He pointed out that under the current administration, Malaysia has became the world biggest multi-Halal products exporter, worldwide.

“No other country is doing so much for the Halal industry as Malaysia. Here, we have the International Halal Showcase, Halal Industry Development Corp, World Halal Research and World Halal Forum to promote the halal market globally,” added Mohd Shukri.

Adabi Consumer Industries Sdn Bhd president Abdul Hady Zabil said there would not be any change in the government.

“In fact it will gain strength after the election.

“Business will run as usual, regardless of the election, and once the election date is set, the public will be more focused on where to invest,” Hady added. — Bernama