Companies in Taichung have set their sights on the Muslim export market by preparing for halal certification in an attempt to attract business from the more than 1.6 billion Muslims worldwide, the Industrial Development and Investment Promotion Committee in Taichung said on Saturday. 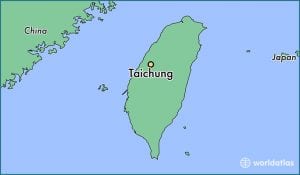 The committee held a conference to brief interested firms in Taichung on how to get halal certification and explore the international Muslim market.

Attendees at the conference included firms in the food and biotech industries.

The committee said participants at the meeting, which was jointly organized by the committee and the Taiwan Halal Integrity Development Association, were enthusiastic about the increasing numbers of Muslim tourists and were eyeing the growing business opportunities.

Halal certification is a recognition that a food or drink product conforms to Islamic Shariah law.

Food items which are allowed in a halal market include cow’s milk, sheep’s milk, camel’s milk and goat’s milk; honey; fish; fresh or frozen vegetables; fresh or dried fruit, grains and plants which are not intoxicants.

Alcohol and all forms of intoxicating beverages are prohibited from the halal market.

The committee said that efforts toward exports to Muslim markets are in line with the government’s “new southbound policy.” The policy is a government initiative to build closer ties with more business partners in the region, including an ambition to make ASEAN — which has a sizeable Muslim population — into an extension of the domestic market.

In addition to pushing for exports to Muslim markets, the committee said that Taichung is determined to become a Muslim-friendly city and to do so the city government would encourage businesses to be halal certified to welcome Muslim tourists.

The committee said that other organizations in Taichung, such as the Taichung Bakery Association and the Taichung Gift Association, would hold similar conferences to help businesses increase their revenue.