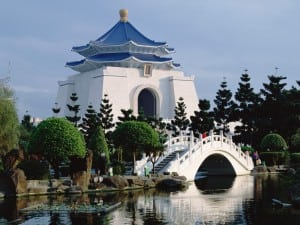 The Tourism Bureau said that it is aiming to attract 200,000 Muslim tourists to the nation this year, adding that it is monitoring an outbreak of the Middle East respiratory syndrome coronavirus (MERS-CoV) and how it is affecting tourism.

Bureau Director-General David Hsieh said that the bureau has set the goal of having 10 million international tourists visit the nation this year and that Muslims are one market the bureau is looking at, including people from Southeast Asian nations and the Middle East, he said.

To create a Muslim-friendly travel experience, Hsieh said that the bureau has begun to issue certifications for halal restaurants.

He said that the nation has 70 restaurants and three central kitchen operations that have been certified as offering halal food, including those at hotels and theme parks.

Meanwhile, Hsieh said that the bureau has 13 national scenic areas under its administration and each one has been equipped with a prayer room and a washing facility for Muslim tourists.

Minister of Transportation and Communications Chen Jian-yu has also requested that similar facilities be made available at freeway rest areas, as well as railway stations, Hsieh said, adding that the prayer room at Taipei Railway Station has been frequently used by Muslim visitors since it was opened at the beginning of this year.

Because of the availability of these facilities, Hsieh said that Taiwan has been ranked 10th in terms of a Muslim-friendly environment among non-Muslim countries.

He also said that the nation had succeeded in drawing approximately 180,000 Muslim tourists last year, marking a growth of 12.5 percent compared with 2013.

The bureau is striving to raise the number of Muslim tourists by 10 percent this year compared with last year, while hoping to reach 200,000, Hsieh said.

So far most of the Muslim tourists have come from Malaysia and Indonesia, he said.

With new flight services to Taiwan offered by Emirates and Turkish Airlines, he said that there are now more tourists visiting from the Middle East.

Hsieh also said that the bureau is aware that three patients have been diagnosed with MERS-CoV in South Korea, including one had recently returned from a trip to the Middle East.

The bureau said that it would ask travel agencies to ensure that tourists maintain good standards of hygiene and practice self health management to prevent the spread of the disease to Taiwan.

MERS-CoV has been found in 24 countries, but most of the cases have been in Middle East.

The Centers for Disease Control yesterday warned of a growing threat from MERS-CoV because fo the cases in South Korea.

The CDC said people planning to travel to affected areas should pay greater attention to personal hygiene and hand cleanliness.

A restaurant in Taipei with Halal certification. (Photo/Wang Ying-hao)

The bureau said in a news conference on Friday that 24 restaurants recently received certification from the Chinese Muslim Association, bringing the total number with Halal certification in Taiwan to 70.

The growing number of Halal restaurants will make it more convenient for Muslim visitors to travel to Taiwan, the bureau said.

Aside from pushing for more Halal-certified restaurants in the country, the bureau is also trying to set up prayer rooms in tourist service centers and transportation stops to create an environment more friendly to Muslim visitors.