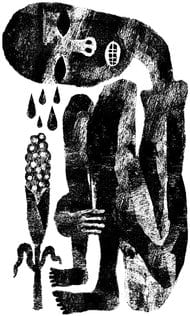 OVER the last decade, as populations have grown, capital has flowed across borders and crop yields have leveled off, food-importing nations and private investors have been securing land abroad to use for agriculture. Poor governments have embraced these deals, but their people are in danger of losing their patrimony, not to mention their sources of food.

According to Oxfam, land equivalent to eight times the size of Britain was sold or leased worldwide in the last 10 years. In northern Mozambique, a Brazilian-Japanese venture plans to farm more than 54,000 square miles — an area comparable to Pennsylvania and New Jersey combined — for food exports. In 2009, a Libyan firm leased 386 square miles of land from Mali without consulting local communities that had long used it. In the Philippines, the government is so enthusiastic to promote agribusiness that it lets foreigners register partnerships with local investors as domestic corporations.

However, few of these benefits materialize. For example, as The Economist reported, a Swiss company promised local farmers 2,000 new jobs when it acquired a 50-year lease to grow biofuel crops on 154 square miles in Makeni, Sierra Leone; in the first three years, it produced only 50.

Many investors, in fact, use their own labor force, not local workers, and few share their technology and expertise. Moreover, about two-thirds of foreign investors in developing countries expect to sell their harvests elsewhere. These exports may not even be for human consumption. In 2008 in Sudan, the United Arab Emirates was growing sorghum, a staple of the Sudanese diet, to feed camels back home.

Much of the land being acquired is in conflict-prone countries. One of the largest deals — the acquisition by investors led by the Saudi Binladin Group of some 4,600 square miles in Indonesia — was put on hold because the area, in Papua, was torn by strife.

The prospects for conflict are heightened by legal uncertainties. Often, an absence of authoritative land registration and titles makes it easy for foreign investors, with the connivance of host governments, to secure land that local communities have long depended upon, even if they cannot demonstrate formal ownership. About 500 million sub-Saharan Africans rely on such communally held land, and land sales can be devastating, as in Mali. Access to food is often cut off, livelihoods are shattered and communities are uprooted.

Not surprisingly, the land sales provoke protests and then repression. Last year, in Cambodia, where 55 percent of arable land has been acquired by domestic and foreign agribusiness interests, the authorities killed an activist, a journalist and a teenage girl facing eviction; jailed other activists, and harassed politically active Buddhist monks.

To be sure, financiers have invested in farmland for centuries: Ancient Romans acquired assets in North Africa, just as American fruit companies secured plantations in Central America a century ago. But today’s transactions are far bigger. Nearly 200 private equity firms are expected to have almost $30 billion in private capital invested by 2015.

Some speculators just sit on high-value land they have acquired without cultivating it. In many traditional communities, this feels like a desecration, a violation of land’s purpose and meaning. That kind of capitalist disregard can set the stage for pitched battles over land that investors see as uninhabited, but that local communities cherish as a source of food, water and medicine, or venerate as ancestral burial grounds.

In theory, host countries could limit how much land can be acquired by foreigners, or require that a minimum portion of harvests be sold in local markets. Argentina and Brazil have announced measures to limit or ban new land concessions. But investors use their wealth and their own governments’ power to impede regulation. Host governments should establish better land registration practices and enact safeguards against the displacement of their citizens. The World Bank and other international entities must ensure that their development projects are free from the taint of exploitative practices.

Of course, this will be difficult because so many host governments are riddled with corruption and prioritize profit-making land deals over the needs of their populations. Cambodia, Laos and Sudan — all sites of transnational land purchases — are among the world’s 20 most corrupt nations, according to Transparency International.

“Buy land, they’re not making it anymore,” is a quotation often attributed to Mark Twain. These days, that advice is being heeded all too well.

Michael Kugelman, a senior program associate at the Woodrow Wilson International Center for Scholars, is co-editor of “The Global Farms Race: Land Grabs, Agricultural Investment, and the Scramble for Food Security.”