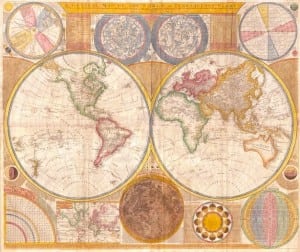 The global Halal market has the potential of serving the world’s 1.6 billion Muslims, and is often spoken as the world’s “Third One Billion” market alongside India and China. With an average annual growth rate of 1.5 per cent, it is projected that Muslims will make up 26.4 per cent of the world’s total projected population of 8.3 billion in 2030, with a median age of 24. The global Halal market is driven by values and trust. With many of the values having a universal appeal, the Halal market also has the potential of serving the remaining 5.4 billion consumers, if correctly understood.

Islam is the fastest growing religion in the world. With the current pace of growth, the global halal market can only be expected to increase. With information being readily available now, the Muslim consumer is more informed. Therefore, the need for knowing the nature, source, production, distribution, and finance of products and services is becoming more of a realisation now than it was ever before.

The term ‘halal’ has seated its position on the global marketplace. Traditionally leaning more towards food and consumption items, halal now encompasses a wide variety of sectors including cosmetics, pharmaceuticals, clothing, financial services, logistics, and even hospitality. Consumers nowadays not only wish to know the nature of what they eat but also of what they wear, what they put on their skin, the type of travelling ease and hospitality they receive, as well as the method by which products and services are delivered to them.

The halal food market has a strong potential for growth. When compared to the global food market size, it is obviously small. It should be noted that the halal food markets are not similar everywhere. Each market has unique attributes through their culture, location, income per capita, and other factors. Therefore, as the late Irfan Sungkar mentioned in The Halal Journal May/June 2009 issue, a one-size-fits-all strategy simply cannot work. Product adaptability in each target market needs to be considered as consumer requirements differ across the regions.

The consumer requirements for cosmetics and personal care on the other hand, seem to converge rather than diverge across different regions. Halal cosmetics can be seen as the next emerging sector in the halal industry after food and financial services.

Halal cosmetics have consumers from a variety of backgrounds who find the cosmetics appealing due to a range of reasons. Some prefer halal cosmetics due to it being animal cruelty free; others choose halal cosmetics because there are no harmful chemicals that irritate their skin or alcohol that would dry up their skin. The point to note here is that halal cosmetics is appearing to secure a firm place in the market due to its assurance of quality and appeal to a wide range of consumers regardless of religious backgrounds.

The founder of the first halal cosmetics company in Europe, Dr. Mah Hussain-Gambles, said that the halal cosmetics industry has also benefitted from the notion of eco-friendly consciousness among consumers. She mentioned that 75 per cent of Saaf Pure Skincare’s customers are non-Muslims who wish for cosmetics products that do not harm the body in the long- or short-term.

Another sector where consumers are questioning the source of their purchase is the pharmaceutical industry. The US based provider of information, services and technology for the healthcare industry, IMS Health, reported in 2009 that the expected growth of the global market for pharmaceuticals will be USD300 billion over the next five years, reaching USD1.1 trillion in 2014. An annual growth rate of four to six per cent is forecasted. In light of these statistics, we foresee a significant demand for the halal pharmaceutical industry.

The demand has been growing over the years and as a result, Malaysia launched the world’s first standard for halal pharmaceuticals in early 2011 named the Malaysian Standard MS 2424:2010 (P): Halal Pharmaceuticals: General Guidelines. This standard was created to cater to the pharmaceuticals industry’s supply chain from processing to handling, packaging, labelling, distribution, storage and display of medicines and health supplements.

The halal industry has also infused its way into the apparel sector. According to the French fashion university Esmod in Dubai, the global Muslim fashion industry would be worth USD96 billion if half of the world’s 1.6 billion Muslims spend just USD120 a year on clothing. The main selling point of Halal apparel would be its modesty, eco-friendliness, and sustainability factors. With the name halal promising the assurance of quality, many companies are using it to their advantage to start a trend.

One such company named as Zazzle, is using halal branding printed on t-shirts, bags, and even kitchen aprons. Zaidi Zainuddin and Nuraini Ariffin, founders of Active Attire, are examples of entrepreneurs who have put a different spin on the Muslim fashion industry. Creating swimwear in line with Muslim beliefs and values, Active Attire not only appeals to Muslim consumers but also reduces swimming facilities cost by 30 per cent due to less amount of hair particles getting stuck in the swimming pools’ filtration system.

Al Jawhara Gardens Hotel established in 2006, has seen an annual 10 per cent increase in its growth. “There is a lot of demand for the Islamic hospitality concept in the UAE and the surrounding GCC countries,” said Khalid Kamal, Business Development Manager at Al Jawhara. “Nearly 80 per cent of our guests are non-Muslims who stayed with us once to test our services and found no difference in standards compared to other hotels,” he said.

To many, halal hospitality may seem attractive as above all it provides a cultural experience to the consumers as well as a safe family environment.

Halal logistics is another sector of the global halal market that has the potential to enormous growth. Halal logistics refers to the attention to every detail involved in the halal supply chain from ‘farm to fork’. With globalisation on the rise, the logistics of products is readily carried out across national borders. Creating an international halal logistics standard is therefore of great important.

Mr. Gopal R, Vice President, Transportation & Logistics Practice, Asia Pacific and Country Head for Malaysia at Frost & Sullivan has mentioned that the Malaysian logistics industry is forecasted to grow at a compound annual growth rate (CAGR) of 12.6 per cent to reach RM196.5 billion in 2015.

Aside from the many industry sectors of the Halal market, it is also important to understand the constant need of innovation. The global Halal market is said to be worth USD2 trillion. As such, research into making this market ‘better, faster, cheaper’ cannot be ignored.

The Asia Pacific region has been quick in understanding this point. Thailand has already developed a Halal Science Centre (HSC) and Malaysia is on its way with the Deputy President of the Malaysian Islamic Chamber of Commerce (MICC), Tan Sri Muhammad Ali Hashim, stating that a Halal Science Centre is needed in Malaysia in order to tap into the opportunities the halal industry offers. These opportunities when correctly understood and properly marketed, can pave the way for a more balanced economy.

This year, the World Halal Summit (WHS) will bring more issues and concerns to the table in its six subject-focused conferences that are set to be intensive and empowering dialogues with influential speakers to map out future global Halal developments. WHS will feature the world’s largest integrated Halal food and beverage trade fair, the Malaysia International Halal Showcase (MIHAS) – now in its 12th edition with over 500 businesses showcasing their products and services from more than 30 countries.

Get to know more about the World Halal Summit and be a part of this gathering that will energise the Halal ecosystem today.