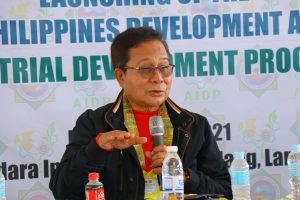 SPDA Administrator Abdulghani Salapuddin said the country can generate so much in terms of foreign currency and employment if it can supply the Arab region with Halal feeds.

“Just imagine the Arab Gulf region, they have all the animals but they do not have grasses to feed the animals. They have to buy it from foreign countries like Brazil, Indonesia, and even Australia,” he said noting the country’s potential to supply such feeds.

Salapuddin emphasized that the shipment period from the said foreign countries would take more than 100 days but it would only take 90 days from the Philippines via the Cagayan de Oro seaport.

As such, the SPDA will venture into another project with Asia Pacific Precision Agriculture Group (ASPAC AG) to make corn silage that will be used as Halal feeds for animals in the Arab region starting with Saudi Arabia.

ASPAC-AG is an American company that undertakes modern, mechanized, precision agriculture technology. SPDA partnered with the company for the cultivation of corn and soybeans in Amai Manabilang under the AIDP.

As SPDA’s commitment to the Agriculture and Fisheries Modernization Act or AFMA, the AIDP was launched Tuesday, November 16, in Amai Manabilang to support the food self-sufficiency program of the government and boost the country’s economy. (APB/PIA Lanao del Sur)