Following on from my first post on why travel will be a key sector in the Halal market (Part 1), here is how the unique characteristics of this segment provides a sustainable growth segment for the travel industry.

The travel “genome” in the “DNA” of Muslims. 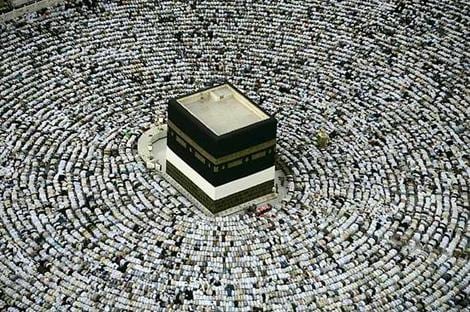 When it comes to travel, Muslims as a community are unique. From a very young age, they develop the lifelong desire to perform Hajj, which is to travel to Makkah in Saudi Arabia and perform a set of acts of worship.

Hajj, being one of the 5 basic pillars of Islam, is obligatory upon all Muslims who are able to perform it once in their lifetime. Hajj is performed from the 8th to 12th day in the 12th Month of the Muslim calendar. Umrah is a pilgrimage to Makkah, which can be performed at any time of the year.

As the Muslim world grew from the epicentre of Makkah, Muslims from far-off lands had to make long trips over land and sea to perform Hajj or Umrah. This not only inspired many of them to become some of the pioneering explorers of the world, but it also gave rise to a whole new genre of travel writing.

Some of the foremost Muslim explorers, like Ibn Jubair and Ibn Batutta, left their home towns when they were quite young, with the intention of performing Hajj. They eventually set out on fascinating journeys exploring different lands and cultures.

Among the earliest of travellers who wrote about their journey was Ibn Jubayr. He was a native of Valencia, Spain and started off to perform Hajj in 1183. It took him on a journey across many countries. His first trip, which lasted 2 years, was recorded in his travel journal. 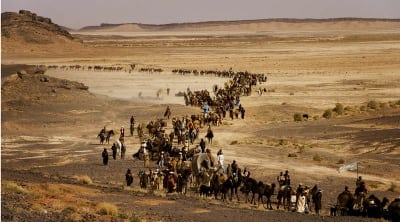 Ibn Batutta, the most of famous of these travellers, was from Tangiers, Morocco and left the city in 1325 at the age of 21, with the intention to perform Hajj. He ended up travelling over a period of 30 years across more than 40 modern day states, covering a distance of more than 100 000 km. His travels have been well documented in the Rihla, which is worth reading for every modern day traveller.

Zheng He, the Chinese general and navigator who went on his sea voyages during the early 15th century, is said to have been inspired to travel; either because he witnessed his father and grand farther embarking on the Hajj journey, or possibly that he himself accompanied one of them in their Hajj pilgrimage during his childhood.

“One Thousand Roads to Mecca: Ten Centuries of Travelers Writing about the Muslim Pilgrimage” by Michel Wolfe covers some fascinating stories of Hajj travels over the last one thousand years. One of the most inspiring stories covered in the book is the experience Malcom X writes about his journey to Makkah to perfom Hajj!

There is no other community, when it comes to travel, that grows up with this unique legacy and characteristic. This eagerness to travel from childhood, which begins with the desire to perform a religious obligation and then turns into a passion to discover other parts of the world, is set to take a whole new dimension in the modern day jet age. This provides two huge opportunities to the travel industry.

Firstly, this eagerness to travel has caused millions to take up travel for leisure, adventure and exploration as a part and parcel of life.  This, along with the growth of the Muslim population and their increasing disposable income, will provide the travel industry with a market segment which will have a continuous and sustainable growth over the foreseeable future. It is an opportunity that any destination could target with the right services and facilities.

The second opportunity this presents is the ability to directly leverage the Hajj and Umrah pilgrims going to Saudi Arabia. The continuous expansion of the facilities both in Makkah and Madinah indicates that the number of pilgrims will continue to grow at a very healthy rate. In fact, the only things now constraining this growth is the ability of Makkah and Madinah to cope with these numbers. Those destinations which are along the air route to Saudi Arabia from other parts of the world can benefit immensely, by directly attracting these travelers with stopover packages that will enhance their travel experience.

This is the travel ‘genome” in Muslims that will make this segment of travelers a key sector for the travel industry now and in the future.

It is true that during a significant part of the last two centuries the pioneering spirit among the Muslims was much more subdued. During that period they have not represented their fair share in the travel segment. However, if you look at the current trends in the travel industry, this is definitely set to change.  In my next post I will share the numbers which show how rapidly this is changing.