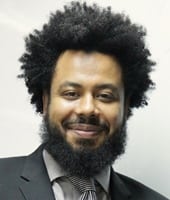 I’ve recently noticed that the more sugary the breakfast cereal is that I’m eating, the greater the tendency I have towards counteracting this by increasing my intake of ‘news muesli’. So, this morning, spoon in my right hand, and smartphone in my left, I tucked into my diet of newsfeeds and came across this article in the Guardian, which indicates that it’s not just me who’s interested in what I eat.

They reveal that a new European commission counter-terror plan will require the blanket collection and storage of personal data records, for up to five years, of all passengers flying in and out of Europe. The House of Lords has said that the 42 separate pieces of information collected will enable the police and security services to deduce aspects of passengers’ history, conduct and behaviour. Two that caught my eye were whether someone books a one-way ticket, or orders a Halal meal. Oh come on?! They’re not seriously suggesting that this is the mindset of a jihadi? If it is, it sounds a bit like Scooby-Doo detective work to me.

Maybe I’m missing the point. Could it be that we’ll find out jihadis order fruitarian or kosher meals? Perhaps this is a cunning stealth plan under pretext of fighting terrorism to find out how many people are converting to Islam, or it feeds into the rhetoric of a new classification of Muslim to watch out for – the non-violent extremist?

Oops, I just remembered the travel plans that I had confirmed – to speak at a Branding and Public Relations conference in Istanbul, where I requested a Muslim/Halal meal, and my recent paper on the global Halal phenomenon. Should I be worried?

Other members of the public have been investigated according to their diet, postcode, level of education, and career, in order to deduce social mobility and health prospects. But this is a sensitive issue, where a degree of caution has always been exercised, for fear of bringing on a Minority Report scenario. If we view Halal in the way that is being inferred, then effectively we run the risk of not only criminalising Muslims, but also their diet.

But what is Halal anyway? Halal is an Arabic word, which means ‘permissible’ or ‘lawful’ and is used in the Qur’an to indicate what actions and consumption are permissible. In Chapter 5, Surah Al-Ma’idah – ‘The Table Spread’, several verses outline what animals can be eaten and who would make a suitable spouse. What is deemed to be halal also covers food from Jews and Christians, classifying them both as ‘people of the book’. This is one of the reasons why I argue that an attack on a kosher supermarket is also an attack on halal. Whilst halal has always existed, interestingly, halal labelling is a new cultural phenomenon, only several decades old. In many ways its inspiration comes from the American Jewish community’s decision to investigate and certify products and practices formally, and subsequently then label them over 100 years ago.

Now of course there is a bigger picture. Watching the television programmes this week on the holocaust has been harrowing. Being a Manchester lad and a Japanophile makes it hit home even harder when I read about the executions by ISIS.

But beneath this, I am really worried by how easy it would be to paint a gestalt picture where people start to see patterns that aren’t there. They see headlines about halal religious slaughter in abattoirs on the increase, alongside images of hostages being executed (or slaughtered), lambs being sacrificed at Eid celebrations in the Muslim world, we’re reminded of Enoch Powell’s ‘Rivers of Blood’ speech, and we see Germans demonstrating against the rise of Islam. One vox pop sticks in my head where a German lady spoke about what would become of her blonde haired daughter.

There is an alterative reality out there, which when I step outside Europe feels like Narnia. I was in Thailand last month at a Halal conference with several thousand delegates, including Thai Prime minister Prayut Chan-o-cha and other government ministers.

Earlier on in the year I also spent some time in Japan, where they looking to take their understanding of halal and international cuisine to the next level, in time for athletes and tourists attending the 2020 Summer Olympics in Tokyo.

The multi-trillion dollar Halal industry is growing rapidly. Some Western companies have taken advantage, but in some ways have treated it as a ‘not in my backyard’ arm to their operations. Donna Karan launched a DKNY Ramadan collection on the catwalk in the UAE last year, but missed the opportunity to serve a market of educated affluent Muslim females on US home soil. Australia and New Zealand economies have benefitted from halal exports, with government involvement. Are we missing the point in Europe? Aren’t these market opportunities the boost that farmers and the UK economy are looking for? Is it only Muslims that eat halal, when a growing number of Muslim restaurants serve all their diners halal food, as do airline companies and tourist destinations from the Muslim world?

I lecture anywhere up to one hundred different nationalities at University in a year. The differences in race and religion only serve to stimulate my interest in human nature, increase my job satisfaction, enrich the classroom debates, stories and jokes, and make me feel that there is a much brighter future away from rolling news stories. But I concede that I am privileged in having had the opportunity to travel and meet people from outside my reference groups.

We can’t lose sight of what brings us together. Muslims aren’t just boasting about Muhammad Ali, we have the sumo wrestler Abdelrahman Shaalan who goes by the ring name of Osunaarashi (which translates into Great Sandstorm in Japanese), African footballer of the year Yaya Toure, Sonny Bill Williams playing for the New Zealand All Blacks rugby team, and 2014 World Championship team sabre gold medal winner Ibtihaj Muhammad from the US fencing team, to name but a few.

But going back to this issue of blanket data collection, proposed by the European commission: what can it really show us? If we looked at the raw data for those athletes then we should be worried. They travel a lot and eat a lot of halal.

I reckon it will tell us little more than Muslims like 5Ms: Muhammad (peace be upon him), Meat, Money, Marriage, and Mecca.