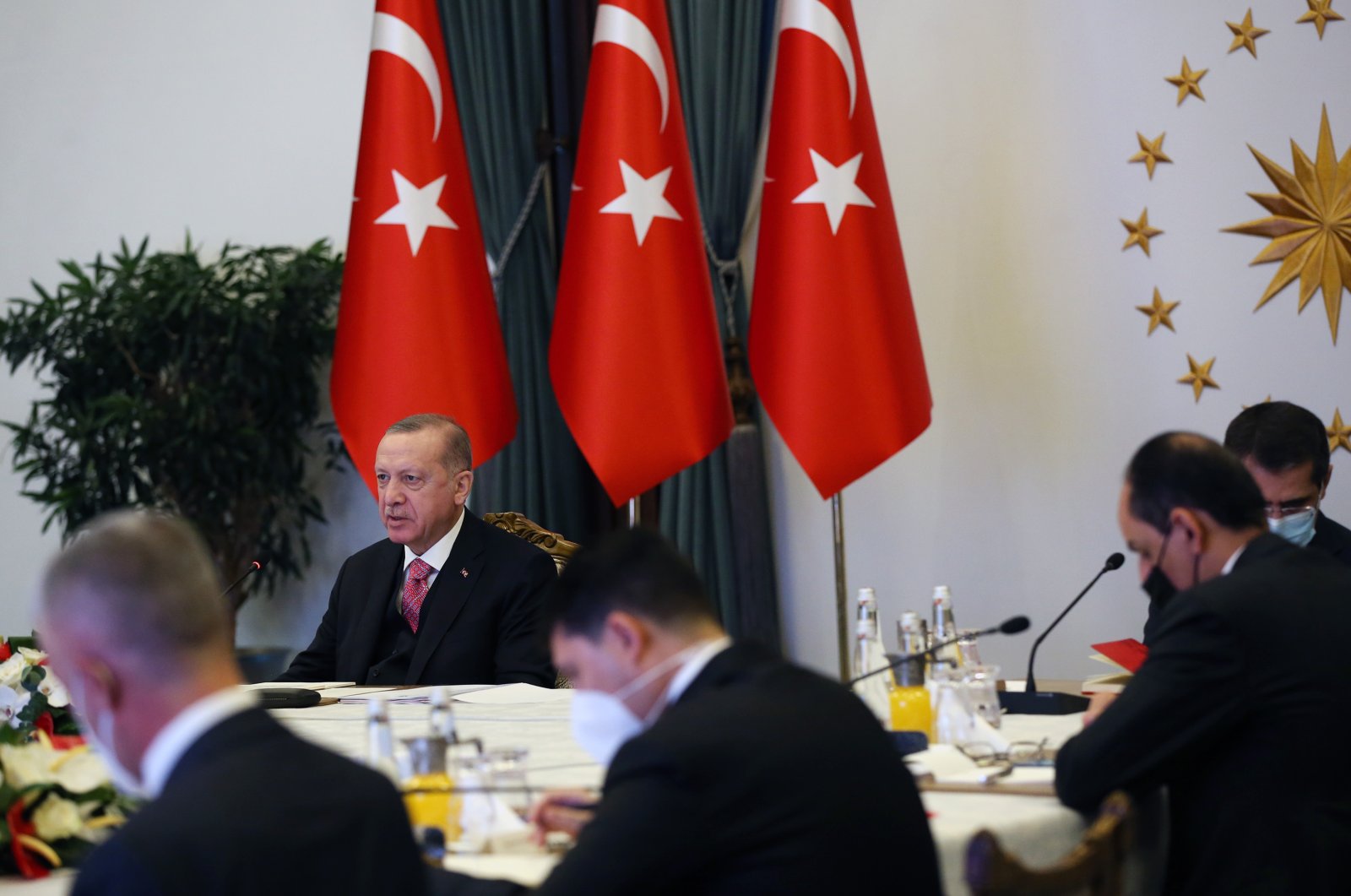 “In order to save foreign commerce from major devastation, we must take measures that encourage and facilitate trade,” Erdogan told a virtual meeting of the Organization of Islamic Cooperation’s (OIC) Standing Committee for Economic and Commercial Cooperation (COMCEC).

“The steps we will take to boost trade among COMCEC member countries are important,” Erdogan said.

He also urged member nations to mobilize resources to ease the impact of the pandemic.

“We must mobilize our resources to reduce the economic effects of the pandemic and ensure the continuity of production and demand,” Erdogan added.

He urged COMCEC members to ramp up efforts for greater use of local currencies in trade.

“We [Islamic countries] should step up efforts to ease currency pressure on our economies, including the use of local currencies in trade,” he said.

Using local currencies with trade partners has been on Turkey’s agenda for some time and the country has long advocated for increased use of local currencies in international trade, instead of the dollar or euro, to alleviate foreign currency pressure.

On previous occasions, Erdogan had warned Islamic countries to resist global crises and pressures, pointing out the importance of steps to remove the pressure of international exchange rates. He had stressed a participatory finance approach and said a gold-indexed step in currency would be the right move.

On efforts to coordinate standards for halal products, made in line with Islamic standards, Erdogan said COMCEC members have been working on this for some time but were yet to achieve the level of coordination they want.

“We should take steps towards value-added production and trade instead of export structures based on raw materials or semi-finished products,” the president said.

The future will see the world’s interest-based economic system replaced by participation based on risk-sharing, Erdogan said.

“In this case, it is important to expand the use of products such as [Islamic] sukuk to finance large long-term infrastructure investments,” he added.

A sukuk is an Islamic financial certificate, similar to a bond in Western finance, which complies with Islamic jurisprudence, also known as fiqh.

COMCEC, which is headquartered in Turkey’s capital Ankara and chaired by Erdogan, was established during the 3rd Islamic Summit Conference in 1981 and became operational in 1984.

With 57 members and five observers, COMCEC stands out as the international organization with the highest number of members after the U.N.

“The meeting of the Trade Negotiations Committee, which we propose to be held at the beginning of 2021, will be a critical step for the system to take effect,” he noted.

The president also stressed that for the Istanbul Arbitration Center to complete its institutional structure, efforts should be accelerated regarding the formation of the necessary boards.

The project was proposed by Erdogan during the 13th Islamic Summit. The center will be run under the auspicious of the Union of Chambers and Commodity Exchanges of Turkey (TOBB), in cooperation with the Islamic Chamber of Commerce, Industry and Agriculture (ICCIA), and will serve as a platform where both commercial and investment-related disputes among OIC member countries can be resolved.