Turkey has emerged as a top European destination which Muslims from Middle East and Far East would like to visit as their next holiday which could be worth billions to the economy. 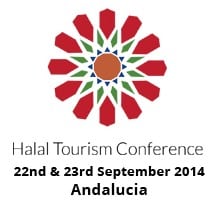 The Muslim Travel Index Europe 2014, released today, has shown that Turkey comes fifth in the list of countries that appeal to Muslim tourists as a future place to visit.

According to the research, France topped the list with 30% of popular destinations while Italy and England shared second spot (28%). Germany and Turkey (26%) also made the top five.

Experts say that the study shows the potential for Turkey of halal tourism which could be worth over billions annually to the economy especially due to its strong Islamic heritage. The Index revealed that 93% of those travelling abroad said it was important that the country they were visiting had facilities that catered for a halal lifestyle.

The halal tourism sector was worth €103 billion in 2013 representing around 13% of global travel expenditures. This figure is expected to reach €141 billion by 2020.

“This Index shows the appeal of Italy to the Muslim market is a great indication of the value of halal tourism and the potential of the market to the economy,” said Tasneem Mahmood of CM Media, who are organising the world’s first halal tourism conference in Spain in September.

“We already know that Turkey is already very popular with the Middle East and Malaysian countries but as the research shows there is a lot more who would like to come. With the history of Turkey and its strong Islamic heritage and attractions this is a huge market for the country.

“For example 39%% of residents from UAE said they would like to visit Turkey for their next holiday. Furthermore these markets travel in different times of the year which means there are opportunities across 12 months.

“With other European countries now wanting a slice of this lucrative market, there is an increasing need to understand the requirements of Muslim tourists.

The Muslim Travel Index Europe 2014 showed that 71% of those who wanted to come to Turkey said they wanted to visit because they had never been before and would like to experience the country.

A further 58% wanted to come because Turkey has a strong Islamic heritage that they wanted to learn about. Over half (53%) wanted to come for the sight-seeing while 52% wanted to experience the Turkish culture.

Turkey came out first (39%) for the European country that UAE tourists would most like to visit. For Malaysian and Saudi Arabian visitors the country came fourth behind the likes of Germany, France and England.

The Muslim Travel Index Europe 2014 looked at the attitudes and behaviour of majority Muslim populations to tourism in the future and their experiences of countries they have already visited in Europe.

It was conducted with residents from Saudi Arabia, United Arab Emirates and Malaysian residents who are already frequent visitors to the UK.

The Halal Tourism Conference, which is being held on 22 and 23 September 2014, will bring together the travel industry from around the world to discuss ways of tapping into this niche market.

The event, which is being hosted in Andalucia, Spain, aims to equip delegates with market intelligence, industry forecasts and trends to understand how to market to the lucrative Muslim consumer and benefit commercially.