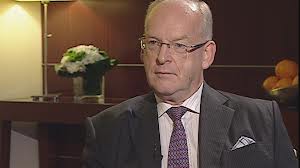 President of the Global University for Islamic Finance (INCEIF) Daud Vicary Abdullah has said, “I don’t think [the crisis] will make too much impact on Islamic finance. Rather it can be seen as an aspect for reconstruction. What I find more destructive is Muslims killing Muslims.”

Answering an AA correspondent’s questions at the 9th International Conference on Islamic Economies and Finance in Istanbul, Abdullah said that in order to promote Islamic finance in the world, there was first a need to get value propositions across and to change perceptions about Islam and Islamic finance.

Citing Islamaphobia as the biggest obstacle in front of the expansion of Islamic finance, Abdullah said, “Unfortunately many people in the West see all of us as terrorists. We can change it through education.”

“We are now engaged in Islamic finance education. People who know their subject well should stand and argue against it when they hear something wrong about Muslim world.”

Emphasizing the benefits of the Conference in this regard, Abdullah said, “I think this is a huge opportunity, and we are spending more and more time from Asia to Europe and North America. In April 2013 we presented IMF Spring with the values of Islamic finance economic development, and with Turkey already we have done four executive programs, we also have collaborations with universities in Europe.”

Abdullah defined Turkey’s role as pivotal due to both historical reasons and its economic success.

“I think Turkey is a major trade center, and I think there is enough understanding for the Turkish economy to be influential in the world, not just Europe.”

Asked about the impact of the political crisis in the Middle East on Islamic finance and especially the oil sector, Abdullah said, “Whereever there is uncertainty, markets do not like it. So oil prices will go up but I don’t think that will have too much impact on Islamic finance. Rather it can be seen as an aspect for reconstruction. What I find more destructive is Muslims killing Muslims.”

Crises have no impacts on Islamic banking&finance

Meanwhile, crises in the Muslim world have no negative or positive effects on Islamic banking and finance as it does not have any political agenda, said Islamic Economist Prof. Humayon Dar referring to the turmoil in Syria and Egypt.

Dar told the Anadolu Agency  correspondent following the 9th International Conference on Islamic Economies and Finance which began in Istanbul on Monday that  there have been a lot of crises but over the past 30 years Islamic banking and finance has progressed and grown on a very smooth kind of curve and has not been badly affected by such crises.

Dar said with a global size of about $1.6 trillion, the diversification in the global Islamic financial services industry is significant enough to remain unaffected by any movements or crises of certain commodities including oil.

He said when shareholders have some kind of political aspirations, their businesses may be  badly affected by the turmoil and added “Shareholders  involved in Islamic banking and finance all over the world  are very neutral and  business oriented people and they are looking for pure business opportunities.”

Dar said many people perceive that Islamic banking and finance is an oil driven phenomenon, which is only partially true.

“This is true in the case of Saudi Arabia and some other oil rich countries. But it is definitely not the case in the countries such as Malaysia, Indonesia, and Pakistan where oil does not have a very significant role,” Dar said.