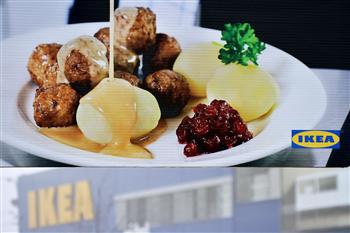 IKEA Turkey has confirmed that all of its meat products are made of 100 percent veal with halal certification, after inspectors discovered that meatballs served in IKEA’s stores in the Czech Republic contained horsemeat.

The Swedish furniture giant was drawn into Europe’s widening food labeling scandal today after the Czech State Veterinary Administration declared that horse meat had been found in one-kilogram packs of frozen meatballs made in Sweden and shipped for sale in Czech IKEA stores. A total of 760 kilograms of the meatballs were prevented from reaching the shelves, according to The Associated Press.

Magnusson said meatballs from that batch were taken off the shelves in IKEA stores in all those countries, and confirmed that other shipments of meatballs were not affected. IKEA Turkey told the Hürriyet Daily News today that products such as meatballs and sausages were 100 percent veal, supplied by local producers. The company’s Turkey group also declared that all these products were supplied by the local P?nar Et Company, which produces halal food, in compliance with Islamic standards. The recent news items about IKEA’s European stores have nothing to do with IKEA Turkey, representatives said.

The horse meat scandal began in Ireland in mid-January, when the country announced the results of its first-ever DNA tests on beef products. Similar discoveries then spread like wildfire across Europe as governments, supermarkets, meat traders and processors began their own DNA testing of products labeled beef and were forced to withdraw tens of millions of products from store shelves.