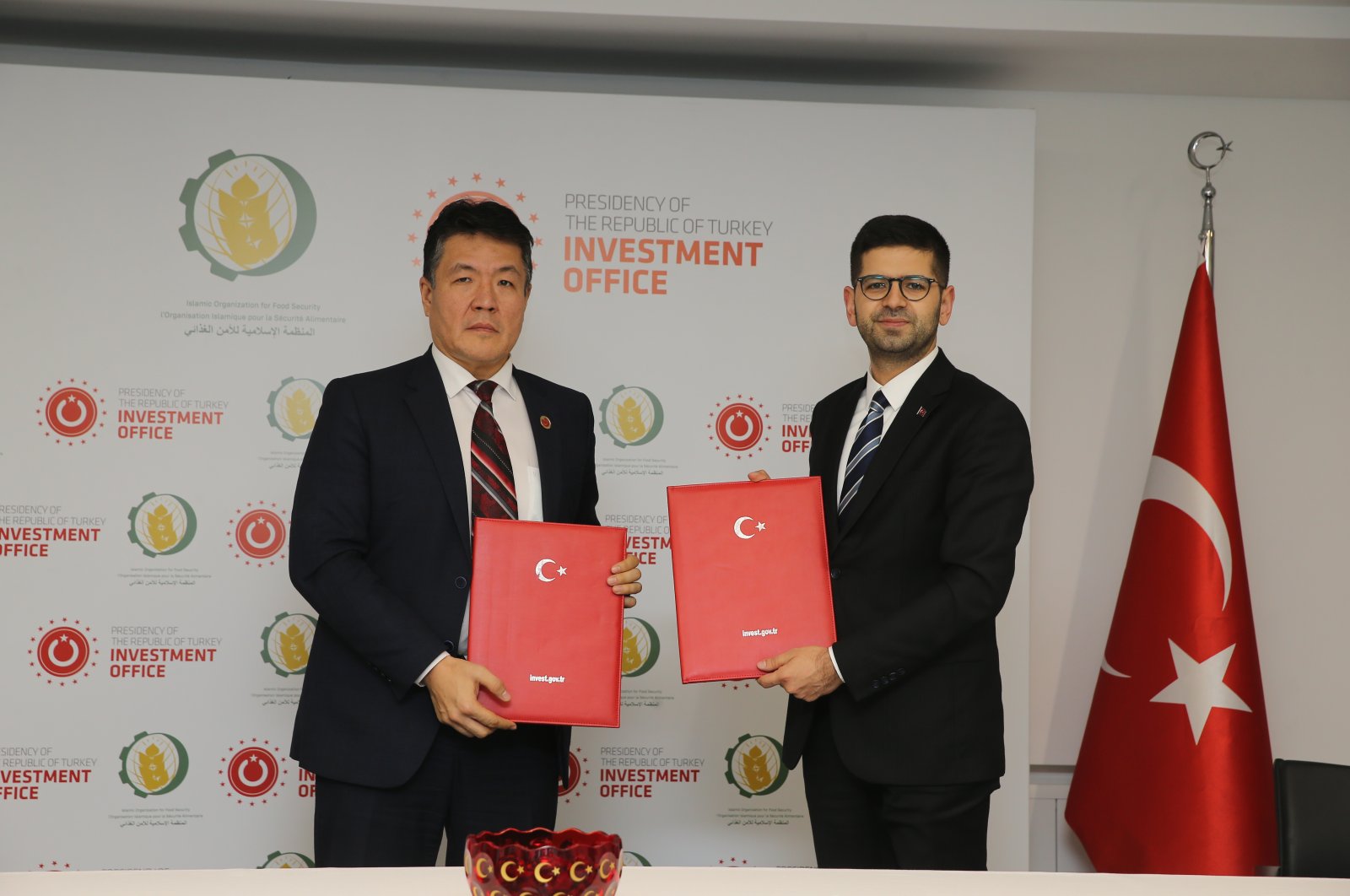 The Turkish Presidency’s Investment Office signed a memorandum of understanding (MoU) on Friday with the Islamic Organization for Food Security (IOFS) on agricultural cooperation, particularly regarding Africa.

The agreement was signed by Burak Dagl?oglu, the head of the office, and Yerlan Baidaulet, general director of the IOFS.

At the signing ceremony, Daglioglu said Turkey is one of the most active members of the Organisation of Islamic Cooperation (OIC).

Daglioglu stressed that food supply was a critical issue worldwide and added that OIC members should cooperate deeply on this issue.

While some countries have natural sources, such as water and land, but face difficulties accessing finance and technology, others have financial resources with a deficiency of natural resources, he said.

“These countries are not the same, so we believe there should be better cooperation and integration between member states,” he added.

He underlined that of the $235 billion foreign direct investments that Turkey has attracted since 2013, $10 billion were from food and agricultural firms.

“This shows that not only domestic companies, but also international companies are active in the food and related sectors in Turkey,” Daglioglu said.

“Turkey is an agricultural center in its region, we’d like to share our expertise and experience in attracting investments in the food sector with (other) OIC member countries.”

Baidaulet stressed that the Turkish Investment Office and IOFS would engage in results-oriented cooperation to develop agricultural investment opportunities in member countries with low human development indicators, especially in Africa.

“To be successful and raise the Islamic Civilization even higher, we must do more as Muslim countries and organizations,” he underlined.

Noting that the IOFS had declared 2022 as the Year of Africa, he added: “In this context, taking into account the important role played by Turkey in Africa, where it increased the number of diplomatic missions to 46 in a few years, in order to be able to successfully implement the programs we have designed, we invite the Investment Office to be one of the valuable helping hands of the IOFS.”