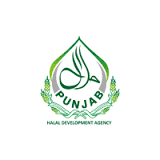 He was addressing foreign delegates and local businessmen in the 6th International Halal Conference held at the Lahore Chamber of Commerce and Industry (LCCI).

The PHDA chairman said the authority was signing MoUs with various countries and authorities to make its certification acceptable for them.

He said the Pakistan Halal Authority has also been operational and the first meeting of its Board of Directors is being held on April 13.

Mr Rehman said the PHDA was also organising training programmes for butchers to create awareness among them about the Sharia requirements and after that they would be issued licences.

He urged the LCCI to appoint a focal person for close liaison between the PHDA and the Chamber.

The PHDA chairman said the 6th International Halal Conference would augment the Halal business in the country.

On the occasion, the LCCI president said halal foods have become a billion-dollar global market today but Pakistan’s share is still insignificant.

“It is high time for Pakistan to get a boost not by getting aid from foreign countries, but by exploiting the untapped potential of halal foods,” he added.

He said the halal global economy includes all types of food and non-food products ranging from foods and beverages to banking and takaful.