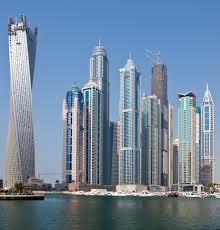 DUBAI: Awqaf and Minors Affairs Foundation(Amaf) intends to build a business model to position Dubai as a hub for the rapidly growing Islamic halal market as part of its strategic plan for 2013-2016.

“As one of the early outcomes of our strategy for the next five years, the Foundation recently launched ‘Noor Awqaf’ in cooperation with the Noor Investment Group. The halal industry, valued at $2.1 trillion globally, is one of the Islamic sectors targeted by Noor Awqaf.

As part of this objective, Noor Awqaf intends to build a business model to position Dubai as a halal centre that facilitates and adds value to the globally expanding market force — in food, pharmaceutical, cosmetic, additives, ingredients, as well as lifestyle and services sectors.” Tayeb Al Rais, Secretary General of Amaf said.

Other strategic plans were also discussed by Amaf that included guidelines that define the organisation as Khaled Al Thani, Deputy Secretary General of Amaf, stated: “The new strategic plan includes a set of guidelines that define the organisation’s vision and the way it interacts with the community. These objectives include the protection and development of financial assets of endowments and improving the level of services provided. Upgrading the system (PIMS) to comply with global accounting standards, and ensuring the rehabilitation and empowerment of all minors to help them become participatory members of the community through personal development also feature as some of our top priorities.”

In 2012, Awqaf and Minors Affairs Foundation generated operating revenues of about Dh162.74 million, up from Dh146 million in 2011. In addition to registeringDh114.6 million in rental income from Awqaf assets at the end of 2012, the Foundation gained total revenue of Dh78.4 million from endowments. Meanwhile, the expenses of allocated endowments accounts totalled close to Dh25 million, which is the equivalent to 97 per cent of the main Foundation’s endowment accounts.