DUBAI, June 15 (Xinhua) — Adil Al-Zarooni, vice president of the Dubai-based Jebel Ali Free Zone (JAFZA), said on Monday that the booming bilateral trade between China and Dubai will help Islamic goods and services to flourish in the global market. 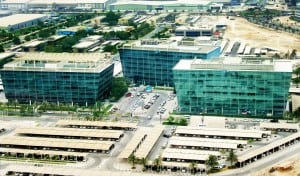 Speaking to Xinhua at a seminar of Islamic, or “Halal Products,” compliance and potential markets, Al-Zarooni said the JAFZA is keen on expanding bilateral trade of halal food and commodities with companies from China.

Al-Zarooni said the JAFZA participated at the Dubai promotional week in Beijing held in May this year, and “the feedback about halal manufacturing sector from Chinese firms was positive.”

Under the Islamic law, halal food must be free of alcohol, pork meat, tobacco or lipids from animals.

“We are very interested in supporting the New Silk Road initiative launched by China as this will further boost halal business,” said Al-Zarooni.

Meanwhile, Chinese firms are attracted by the JAFZA due to its tax-free regime and Dubai’s strategic location amongst Asia, Africa and Europe, he said.

Approximately 7,200 licensed firms operate in the JAFZA and around 200 Chinese state-owned and private firms run offices in the free zone, located at the south-west coast of the emirate of Dubai.