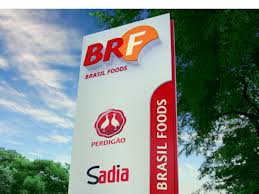 The Khalifa Industrial Zone Abu Dhabi, also known as Kizad, announced it has secured a deal that will see BRF invest AED533m (US$91.3m) in the manufacturing and logistics hub’s food cluster.

The company will open a facility that is 1,743,000 square foot in size, with an annual production capacity of 80,000 tonnes. The plant is expected to be operational by 2014, Kizad added.

Khaled Salmeen, MD of Kizad, said it is hoped the investment will reduce the area’s dependency on food imports. “We aim to support Abu Dhabi’s economic vision 2030 by increasing food production within the emirate… reducing dependence on imports.”

Patricio Rohner, general director of BRF’s operations in the Middle East, added local production would allow the company to process local goods and make foods to meet local tastes. “Setting up in Kizad will also allow Brasil Foods to produce local goods and processed foods customised to fit the local and regional demand, and expanding our food portfolio,” he said.

“Our strategic agreement with Kizad will facilitate the access to global markets faster and more efficiently, giving us the competitive advantage and enhancing our brand penetration, distribution and sales,” Rohner added.