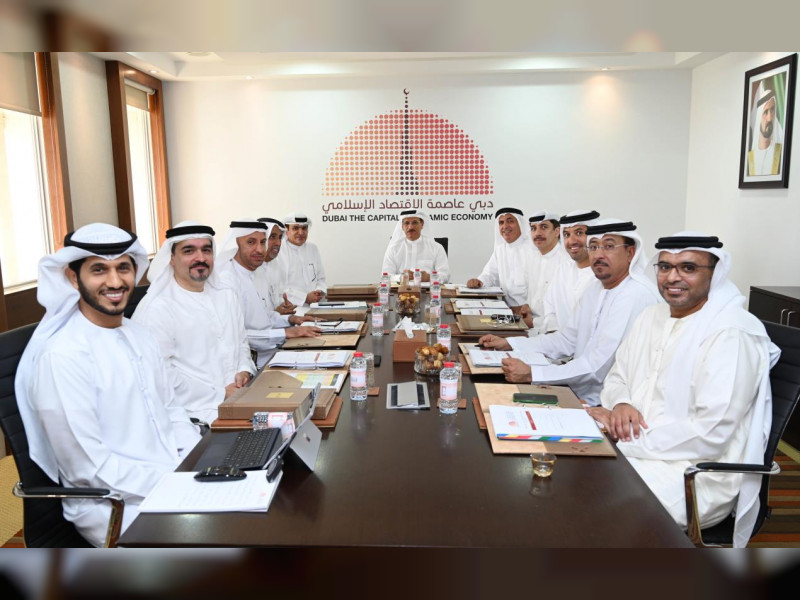 DUBAI, 1st October, 2019 (WAM) — The Dubai Islamic Economy Development Centre, DIEDC, held its third board meeting for 2019, where the board members reviewed the progress of the DIEDC 2017-2020 Strategy, and discussed ways of aligning it with the priorities highlighted in the Letter of the New Season by His Highness Sheikh Mohammed bin Rashid Al Maktoum, Vice President, Prime Minister and Ruler of Dubai.

He said, “What makes the UAE the most competitive country in the region and the one best prepared for the future, as His Highness Sheikh Mohammed bin Rashid Al Maktoum announced, is its courage to face facts, review calculations and continuously adjust strategies. In line with this course of action, the DIEDC conducts periodic reviews of its strategies to adapt them to the changing world.”

“In close collaboration with its strategic partners, the DIEDC continues to implement its plans to establish Dubai as a global destination for entities active in the Islamic economy space. In this context, the Islamic Affairs and Charitable Activities Department is organising the fifth edition of the Islamic Economy Fiqh Forum that will take place in Dubai in November 2019.

Furthermore, Dinar Standard plans to launch the updated version of Salaam Gateway this October in partnership with the DIEDC,” he added.

Essa Kazim, Secretary-General of the DIEDC, said, “We are working with our strategic partners to build a unified global reference for the Islamic economic sectors to pave the way for the next phase of growth. This, together with standardisation is currently among the DIEDC’s top priorities.”

Kazim noted that updating the Salaam Gateway is a critical and strategic step in catering to the growth of the halal and Islamic finance sectors.

Serving as a comprehensive global repository of information, news, and data on the Islamic economy, Salaam Gateway is one of the unique initiatives overseen by the DIEDC. The online platform features a database of more than 10,000 international companies active in various sectors of the Islamic economy.

During the board meeting, Abdulla Mohammed Al Awar, CEO of the DIEDC, briefed members on the progress of the “Dubai: Capital of Islamic Economy” initiative and proposed the budget for 2020.