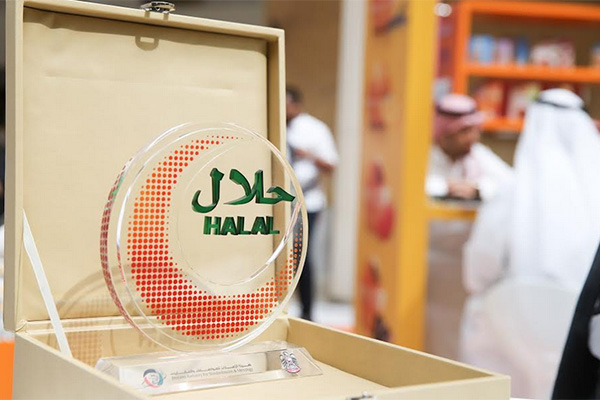 Meat consumption in the GCC states, where meat features heavily in traditional diets, is predicted to climb to 4.3 million tonnes by 2019, according to the recent GCC Food Industry Report study by research house Alpen Capital .

This will be highlighted at the new Meat & Poultry sector, one of eight dedicated segments at the upcoming Gulfood exhibition in Dubai, UAE.

The 22nd edition will run at the Dubai World Trade Centre (DWTC) from February 26 to March 2. It has attracted 259 exhibitors from 35 countries including the biggest sector names from South America, Australia, the Far East, North America and Russia.

The region’s increase in meat consumption is in line with the rising global trend of consumption of protein-rich foods, particularly organic and healthy produce with a strong, branded and most often halal provenance.

According to market research provider Euromonitor International, with processed and red meat called into question recently over associated health risks, meat-oriented businesses are “likely to emphasise the benefits of meat consumption, such as the fact it contains important nutrients and high quality proteins. They are also likely to include a greater variety of less processed products in their portfolio.”

Agriculture consultancy Clarity estimates the region’s demand for organic food indicates a market worth about $1.5 billion by 2018.

The growth in organic food consumption has not gone unnoticed with the Halal Food Information Centre saying success in the GCC could depend on fulfilling this demand.

“One of the reasons is that government sectors aggressively promote continuous measures to reduce the obesity problem in the region. Therefore, broiler manufacturers should follow this health trend of the GCC consumers by developing a variety of processed chicken products. Moreover, they should advertise that their products are good for health due to being a source of high protein but low fat food, making it even more attractive for consumers in the region.”

Region-wide health awareness campaigns are being credited with driving demand for healthier food as many consumers now pay more attention to their diet. This in turn has led to an increase in number of producers vying for a share of a market that is increasingly seeking healthy and trusted food sources.

Keen to outline why its products are right for the health-conscious family at the Meat & Poultry sector is Banvit ME, the UAE-based subsidiary of Turkish poultry producer Banvit. Banvit will be showcasing its range of poultry products from whole chickens to additive-free processed products including popcorn and chicken burgers.

“Chicken is a very healthy source of protein consumed by different age and socio economic groups. Per capita consumption is around 40 kg in GCC and we expect it to increase in the future as well,” said Murat Kunt, General Manager, Banvit ME FZE.

“Day by day, consumers are getting more health conscious. Banvit, by adapting its production to this trend, introduced additive-free further processed products to the market after 2 years research. Banvit popcorn, nuggets, burger, breaded burger, mince, meatball, kebab can be the first choice of mothers to serve healthy and tasty products to the entire family. Visitors to Gulfood’s Meat & Poultry sector will see for themselves.”

The US Meat Export Federation (USMEF) says its members are looking for a wider reach when they take part in the show’s ‘Taste of the USA’ pavilion.

“For US red meat exporters, Gulfood has a well-established reputation as the premier marketing event in the Gulf Region,” said USMEF President and CEO Philip Seng. “But over the years Gulfood’s footprint has expanded considerably, and it’s also now a key venue for exporters looking to grow their business in emerging markets in Africa, Asia and Europe.”

“The participation in the fair is a strategic action to promote Brazilian products from the food and beverage sector, since the Gulf Cooperation Council (GCC) market is an important destination for Brazilian exports,” said David Barioni Neto, president of Apex-Brasil. “Gulfood reaches, in addition to the GCC market, buyers from Africa and Asia, which are historically important markets for Brazil.”

“In 2016, Brazilian exports to the countries of the GCC – Saudi Arabia, United Arab Emirates, Kuwait, Qatar, Bahrain and Oman – totalled $6.04 billion, and the imports were $2.66 billion,” he added.  “To the UAE alone, where the fair takes place, Brazil’s 2016 exports totalled $2.23 billion and imports were $366 million. Considering only food and beverage products, the total exported in 2016 was $3.93 billion, led by chicken meat, sugar and beef.”

The Meat & Poultry sector is one of eight dedicated segments now housed within Gulfood, the world’s largest food and hospitality trade platform, which takes up all DWTC’s available indoor exhibition space and purpose-built temporary structures.

The segmented approach is aimed at ensuring buyers make the most productive use of their time at the event by being able to more easily and effectively navigate it. The other features are: Beverages; Dairy; Fats & Oils; Health, Wellness &Free-from; Pulses, Grains &Cereals; Power Brands and World Food.

Returning to Gulfood for a third consecutive year, Halal World Food will further cement its standing as the world’s biggest annual Halal food sourcing trade show. Previously, exhibitors’ products included in the show-within-a-show concept were spread across the entire exhibition, but the new sectorised format will see most Halal-certified products move to the dedicated Meat & Poultry zone.- TradeArabia News Service